Dutch firm Froscen Architects has unveiled FOON HOUSE(S), a tiny house concept in Leiden, the Netherlands. To be built on a former communications bunker from World War II in the middle of the city, the design focuses on the adaptive reuse of a small concrete complex overgrown with ivy.

The project will consist of four separate micro-houses on top of the bunker, each with a floor space of about 38 square meters, and equipped with necessary facilities. 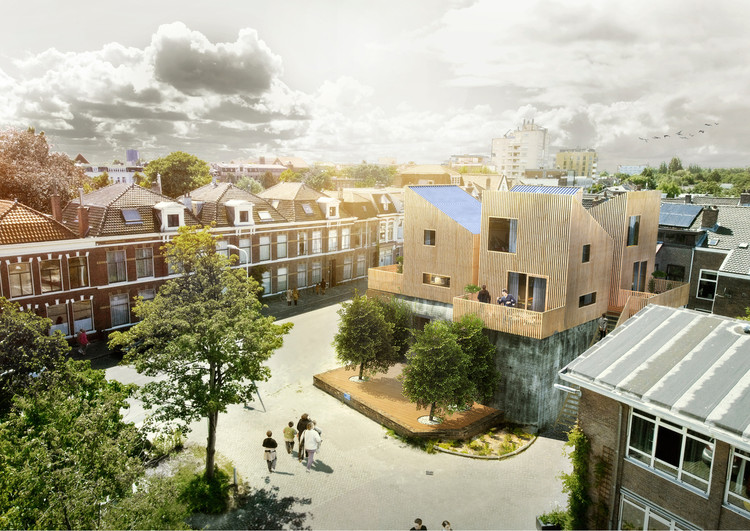 The first floor of each house will contain the living area and kitchen, which will have room for a dining table and storage bench. The top floor will feature space for a double bed and sitting area, the bathroom and a built-in wardrobe. Each house will additionally have a private outdoor terrace.

Our aim with the design is two-fold, stated the firm. On the one hand we want to promote the concept of Tiny Houses in the Netherlands by building and example for all people to see. On the other hand we want to give the bunker a more prominent role in the history of the city by ‘crowning’ it with a more modern architecture. This way the story behind the bunker can become a part of the collective consciousness of the citizens of Leiden.

The houses will be constructed almost entirely of wood, in order to contrast with the heavy concrete of the bunker below. Each façade will feature a structure of wooden ribs against a black background, which will appear to change color as users walk by.

In line with Passive House principles, the walls of the houses will be nearly 30 centimeters thick to lower energy consumption and heating costs. Similarly, the houses will utilize natural cooling processes, as well as sustainable features like rainwater collection, solar heating, and LED lighting. 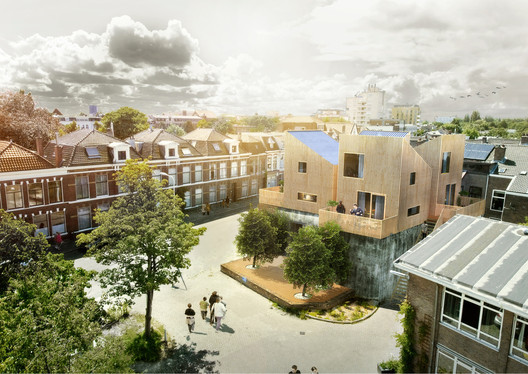