Save
Basildon's "Failed" New Town: What Happened When We Built Utopia?
Share
Or
Copy

We are all familiar with the "utopian" towns of the 20th Century. Basildon, Essex, was one of the largest of those New Towns. It was founded in 1949, when Lewis Silkin, the Minister of town and country planning at the time, ambitiously predicted that "Basildon will become a city which people from all over the world will want to visit. It will be a place where all classes of community can meet freely together on equal terms and enjoy common cultural recreational facilities."[1] Nearly seventy years later, Basildon is left with a struggling local economy, splintered communities, and a fraction of the art and culture than what was originally hoped for. "New Town Utopia" is a documentary film that confronts this concrete reality with a question: “What happened when we built Utopia?” 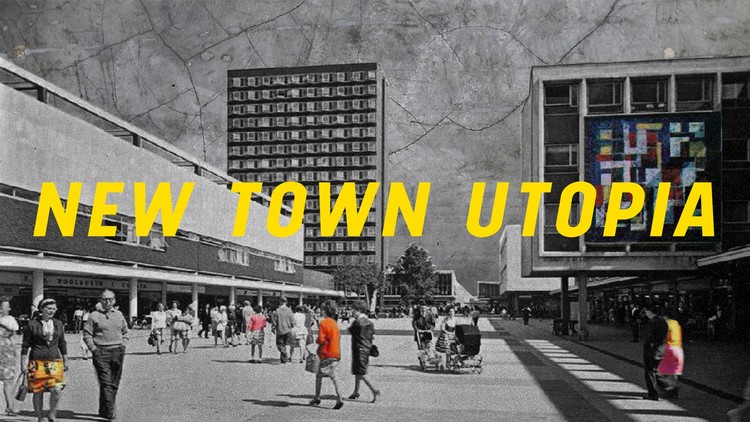 Twenty-two New Towns were built in Britain during the post-war period, and these towns are are currently home to about 2 million people.[2] Their most identifiable common feature? Brutalism. Brutalism’s concrete character was born at around the same time as the New Towns, when the Western world was determined to create a “rationally planned modernist future”[2] after the Second World War. Le Corbusier, not just a strong supporter of Brutalism, but also one of the frontrunners in realizing the vision through architecture, even went so far as to propose a city that would function as a machine. The dream was of course beautiful; one city housing people from all socioeconomic backgrounds; enormous green park areas for recreation and leisure; a large amount of sunlight entering the buildings through skylights; rooftop gardens and efficient public transport.[3] With cheap land and such a rational concept, why hasn’t it worked?

The documentary project, led by Essex-raised producer-director Christopher Ian Smith, aims to evaluate how and why the utopian dream has faded. The film explores how Thomas Moore’s original vision of “a new age of citizen, a healthy, self-respecting, dignified person with a sense of beauty, culture and civic pride”[4] has been affected by the architecture of New Towns. Not only does it provide an insight into the lives of people living in these environments, but also on the influence of the utopian experiments on their psyches. The documentary brings us to a fundamental question: “Do people make the place... or does a place make the people?”

"New Town Utopia" has been in the making for four years, with over 100 hours of footage filmed. However, Smith and his executive producer Margaret Matheson couldn’t have launched this Kickstarter at a timelier moment: this year is the 500th anniversary since Thomas Moore’s initial vision of Utopia, and the 70th anniversary of the New Towns Act, yet the UK is still facing housing shortages as well as social, economic and cultural challenges, especially in places such as Basildon; places that were meant to be at the forefront of Utopia. "New Town Utopia" is encouraging us all to question these dreams, because they have not been left in the past; countries around the world are still facing many of the same problems that prompted the construction of New Towns. Appropriately, the Kickstarter campaign ends with a challenging question: “If we did it again – how can we make it work?”