Genoa-based studio Space Caviar has recently unveiled Arcipelago di Ocno, an aquatic installation on a lake in Mantova, Italy, which is the 2016 Italian Capital of Culture. Named after the local demigod Ocno, the installation recalls the form of a lotus, a plant with an extensive presence in Mantova’s lakes.

Acting as an aquatic piazza for the city, the archipelago of floating islands “[extends] Mantova’s urban fabric onto the lakes that surround its historic center,” utilizing modular units to create a venue for Mantova’s cultural activities for years to come. 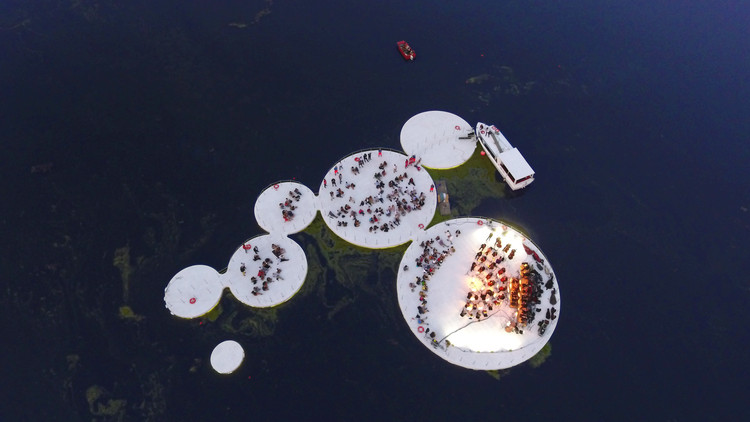 These modular units can be reconfigured, relocated, or extended according to need, and will expand over the next few years to host concerts, events, performances, lectures, screenings, and more on Mantova’s lakes.

Mantova’s citizens have been deprived for too many years of the pleasure to fully enjoy the relationship with water, said Mantova’s Councilor for Urban Regeneration, Lorenza Baroncelli. The archipelago will be a new, significant step in the effort to absorb the lakes into Mantova’s urban and social fabric. In addition, the archipelago finally represents an element of artistic and cultural innovation with a great international appeal alongside the city’s most historical beauties.

The installation opened on September 11, and will continue to host events through the fall, as well as further in the future. 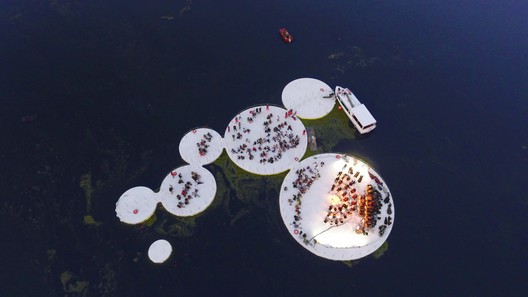