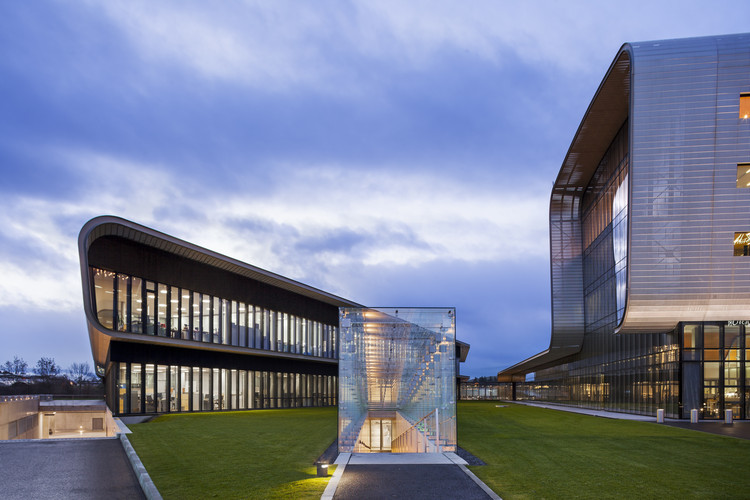 Text description provided by the architects. The Vacheron Constantin Headquarters and Manufacturing Center, designed and built by Bernard Tschumi Architects (2001-2005), required additional facilities so as to meet the manufacturer’s increasing demands for state-of-the-art watch production. Although the new program is more than double the size of the original four-story building situated on the outskirts of Geneva, the client insisted on preserving the building’s iconic and symbolic presence.

The new building is located so as to open a cone of vision toward the flagship building. Since other construction is anticipated, the architects conceived of a campus in which all the buildings differ in configuration, but appear to belong to the same structural family.

The manufacturing spaces have been oriented on the north side of the new building so as to achieve the best natural light for the skilled watchmakers, with skylights providing comfortable working conditions. A large restaurant opens onto a generous lawn. A ground-level service court allows for truck deliveries, while the car park and small delivery depot occupy the basement level.

The concept of a curved metal envelope acting as a common denominator for both manufacturing and management, blue- and white-collar workers, was the starting point for the original building. For the extension, the architects developed a two-story variation on the original roof and installed 15,000 square feet (1500 m2) of continuous solar panels for energy conservation and efficiency.

A key feature of the extension is a spectacular glazed stepped ramp that serves as a vestibule and leads to the watchmakers’ changing rooms. The ramp provides an articulation between the original and new buildings. 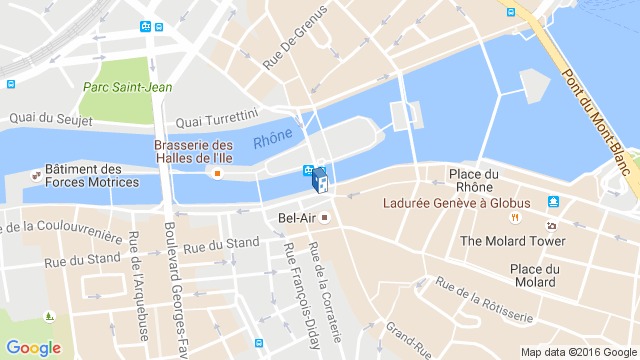 Location to be used only as a reference. It could indicate city/country but not exact address.
Share
Or
Copy
About this office
Bernard Tschumi Architects
Office
••• 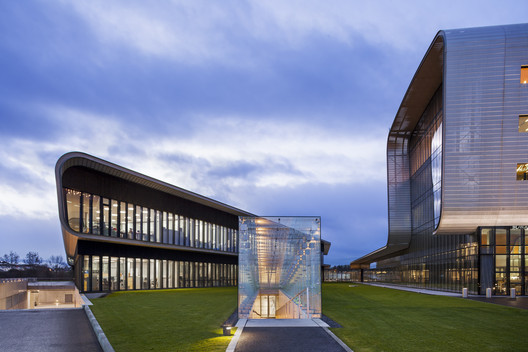