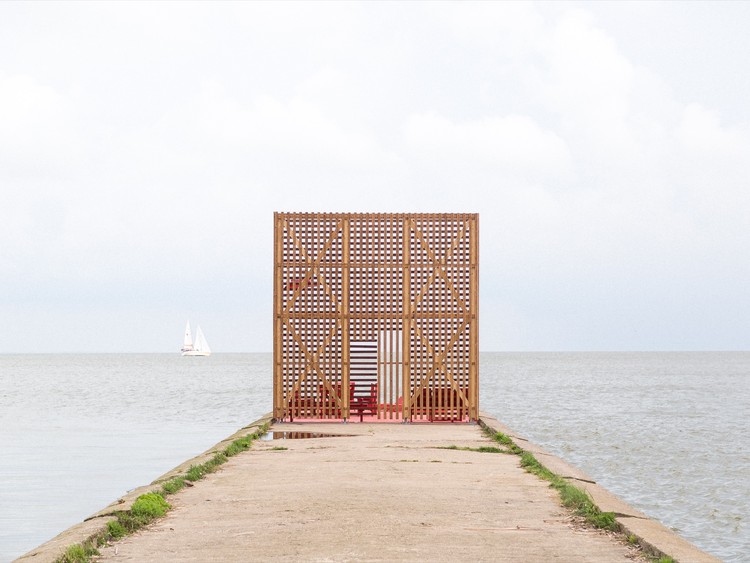 Text description provided by the architects. The Living Boom is a public space on a pier in the Curonian lagoon of Lithuania, acting as a new enhancement to the public life of the city of Nida. Behind a 5-meter-high wooden wall “hides” an outdoor living room fitted with adapted local furniture from the Soviet era. The entire space of The Living Boom is painted in red, generating a unique public space in the middle of the natural attractions of the Curonian region.

Nida is one of the most popular summer vacation destinations of Lithuania, resulting in high touristic density in summer. During these months Nida’s existing public spaces are filled with visitors around the commercial areas of the city. The Living Boom therefore provides a public space, far off the busy, hectic scenes of the city and focuses on the main attraction of this region, it’s vast nature of lagoon, sand dunes and forest.

A pier is a dead end. How can one change the 'end of this long path' and celebrate its end as a new space? Being already set into boundaries on three sides by the element of water, the start of the project was to construct a fourth wall that creates a new space. As one walks along the pier, approaching the wall in the middle of the plain landscapes of lagoon and sand dunes, one yet has to find out what the space behind the wall offers. Only after physically walking through, one can see and grasp the new space, with furniture shining in red, generating an unseen space in the middle of water, sky, sand dunes and forest.

Being five meters tall, the wall is the most striking element of the new public space. Built as a timber construction, fixed into the concrete floor by metallic bolts and planked with long thin wooden elements, the wall is generating the border between the in- and the outside of The Living Boom.

The space is fitted with local furniture from the Soviet era which have been adapted with new elements to allow further functions. This public space offers a three-meter-long table, multiple benches with different characters, a fireplace, a giant wooden chair as well as a traditional wind vane, which was handed to the workshop as a present from the municipality. 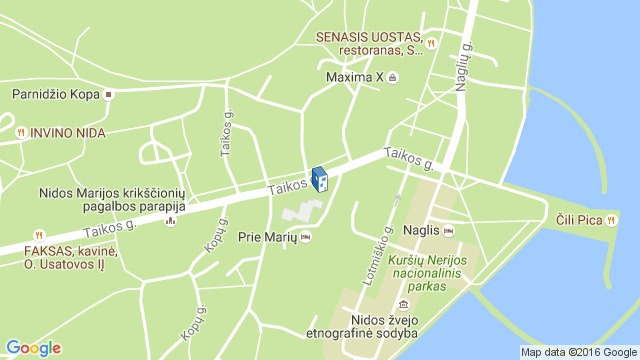