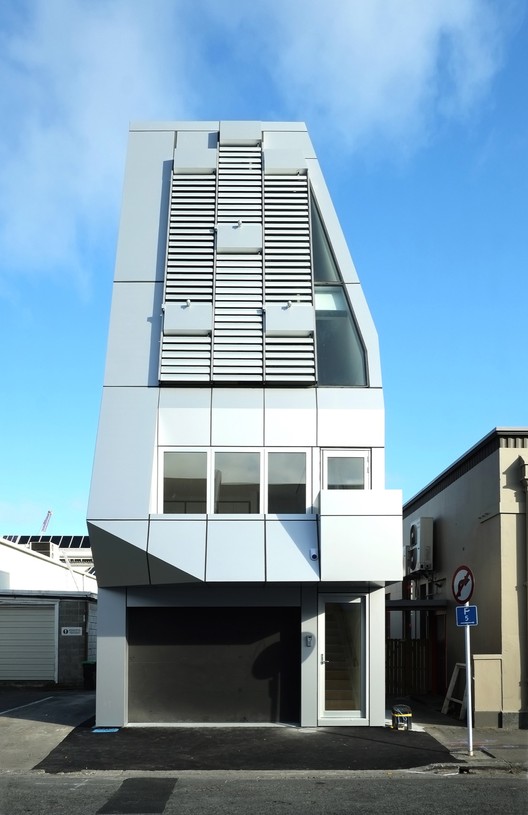 Text description provided by the architects. The site for the 5 x 5m four storey tower is situated in the centre of the upmarket shopping precinct of Merivale, Christchurch. The Client purchased this tiny vacant 25m2 site (previously used for public toilets) from the City Council approximately 15 years ago. The current re-build of the City since the devastating 2011 earthquakes has given developers the opportunity to re-think urban space and public engagement.

The Tower has a tapering cross-section to accommodate the maximum plot ratio allowed on the site. The four floor plates are attached to an atrium that travels the full height of the building. The ground floor accommodates a garage, laundry and entrance/stair leading up to the living, office, kitchen on the first floor. An open steel stair takes one up through the open atrium void up to the second floor which contains the bedroom/study and bathroom. At this level a retractable concealed ceiling stair connects one to the third floor library/reading room. The final connection is out onto the roof terrace via the library ladder. This ‘moon’ terrace house the mechanical plant and affords 360 degree views across the city.

All the natural lighting is obtained from the south only, as the remaining three facades are located on the boundary. This southern facade clad in silver aluminium is in sharp contrast to the remaining solid black elevations. An integrated 3 story electronic adjustable louvre system provides privacy at night while during the day its ‘open mode’ reflects natural light deep into the various floors.

The client has provided a ‘generous build’ that generates visual and physical richness to the surrounding existing built fabric, both during the day (totem) and night (lantern) 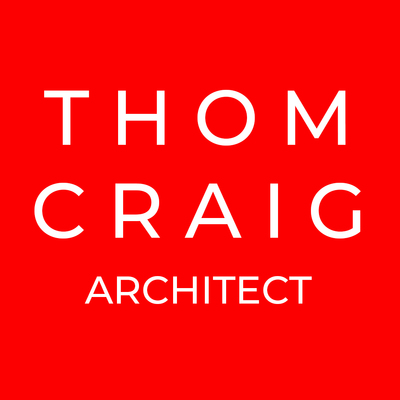