DETAIL Magazine has announced the winners of the DETAIL Prize 2016. This year, the jury selected five projects from a pool of 337 projects from 42 different countries by looking for “realizations in which the overall design concept and the detailing were brought together in a coherent way.” The winners were noted for being “future-oriented, innovative and pioneering projects from different disciplines that have outstanding architectural and technical qualities.”

This is the seventh edition of the biennial award, which aims to “strengthen architecture in public debate, strengthen the role of architects in public, and strengthen networking among architects, industrialists, developers and politicians.”

Continue after the break to see the winners.

Voting for the DETAIL Reader’s Prize is now open. Until 14 October 2016, you can vote online for your favorite selection out of 13 projects nominated by the jury.

Winning projects will be presented and displayed alongside other works from the winning firms at the DETAIL Symposium in the Magazin der Heeresbäckerei event venue in Berlin on Friday, 11 November 2016. 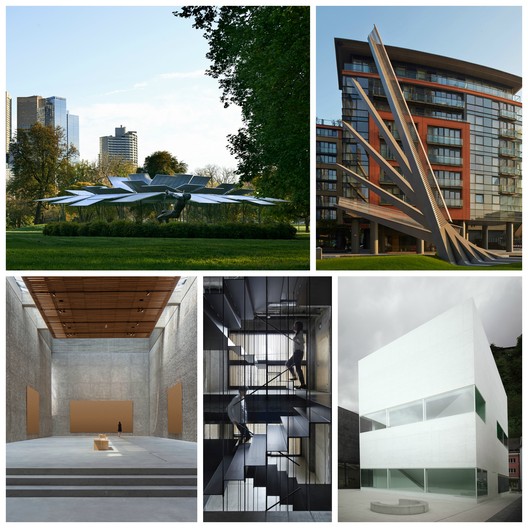