Save
Herzog & de Meuron, OMA, MAD Among 13 Shortlisted for “Design of the Year 2016”
Share
Or
Copy

The Design Museum in London has announced the shortlist of 13 architecture projects being considered for the 2016 edition of the prestigious Beazley Design of the Year award. From Tatiana Bilbao’s Sustainable Housing Prototype to MAD Architects’ Harbin Opera House, the list features projects from a wide variety of scales and programs, celebrating some of architecture’s most significant achievements from the past year.

The award, now in its ninth year, “celebrates design that promotes or delivers change, enables access, extends design practice or captures the spirit of the year.” Nominees are selected in six categories, including Architecture, Digital, Fashion, Graphics, Product and Transport. An exhibition on the projects will be on display from 24 November 2016 – 19 February 2017.

Last year, the overall architecture prize was awarded to Alejandro Aravena's UC Innovation Center for the building’s ability to be “permeable – visually, socially and climatically with its environment."

View all of the shortlisted buildings, after the break.

You can view the nominated designs from all categories, here. 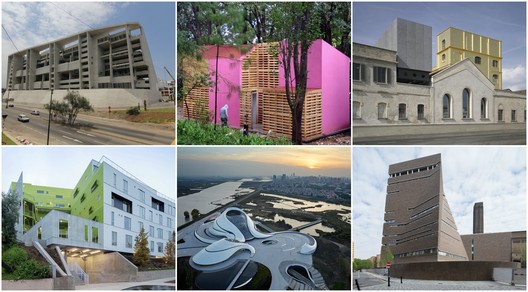