Text description provided by the architects. Tasks
We were expected to create a living space in a small 2-room apartment in a new solid-cast building.

The apartment owner is a young man, who shares a similar point of view with us regarding the interior living space, therefore it was very easy for us to find a common ground and create a convenient, functional and modern space.

Concept
The initial data on the apartment is very convenient: no load bearing elements inside the apartment, the concentration of all wet zones along the wall deep within the apartment, and two large windows along the opposite wall, which provide perfect lighting for the whole area.

It was important to keep the feeling of air and volume; however, at the same time we understood that it would be impossible to do without a private sleeping zone. Not wanting to construct any solid partitions, resulted in the idea of creating some volume in the center of the apartment, which would be multifunctional, and simultaneously enable the transparency and freedom to be retained. A structure containing the sleeping zone, the zone for watching the projector, a cloakroom, and a sofa in front of TV set has become such a volume. The whole structure is made of wood. We tried to make its form interesting like a sculpture: it has large window areas, which let the light penetrate the lobby; it even has the ladders, the storage racks, and the niches for the bed and sofa. The remaining zones, such as the bathroom and kitchen, have been very compactly located along the wall opposite the windows. 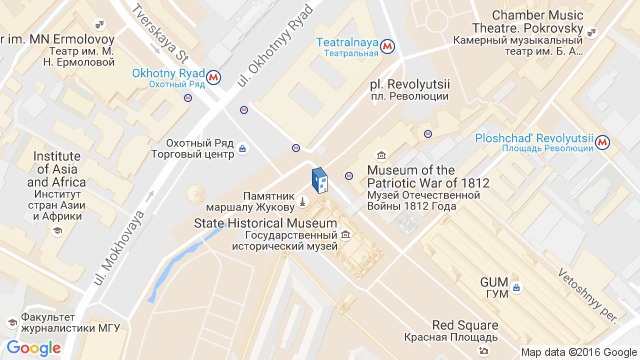 Location to be used only as a reference. It could indicate city/country but not exact address.
Share
Or
Copy
About this office
Ruetemple
Office
••• 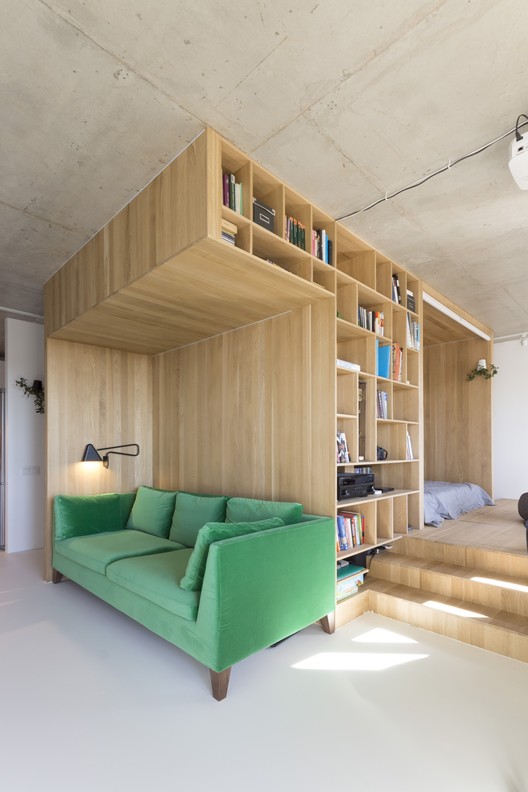