William McDonough + Partners and GXN together with 3XN Architects, BCVA and Urland have teamed up to develop a master plan for the Agro Food Park (AFP), a hub for agricultural innovation near Aarhus, Denmark. Aiming to serve as a benchmark for future global food industry development, the project will combine urban density with agricultural test fields in a collaboration of academic and commercial business.

We are privileged to have been chosen by GXN to collaborate on what will become an entrepreneurial ecosystem for addressing the future of food and plant resources, said William McDonough, founder of William McDonough + Partners and co-author of the text, Cradle to Cradle: Remaking the Way We Make Things. 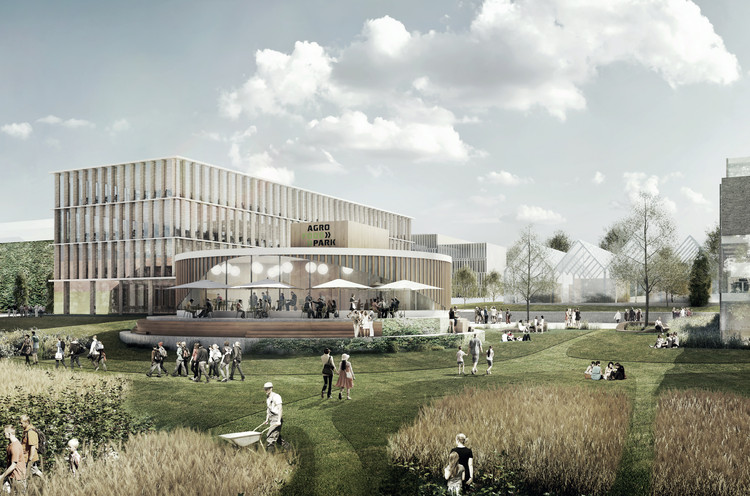 We are in the ecological century. After decades of unthinking destruction of climate, water and land, now is the time to restore and replenish the biological resources of our planet for all of Earth’s species, stated McDonough. A carbon positive city demonstration at the Agro Food Park can be the embodiment of this new century – its clean water, air, soil and energy serving as a continuous source of economic and ecological innovation and regeneration, redefining how we can enact a positive and abundant future.

The master plan of the project will be composed of three main elements—the Lawn, a central communal green space, the Strip, AFP’s main street, and the Plazas, which will bind together clusters of buildings with individual neighborhood identities. 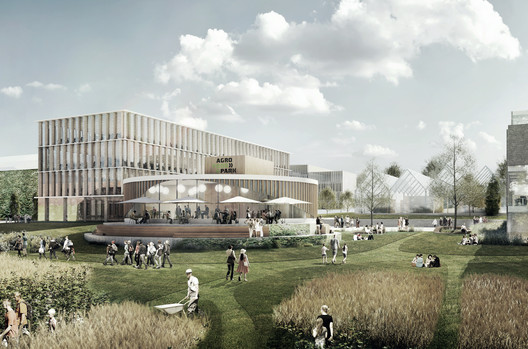