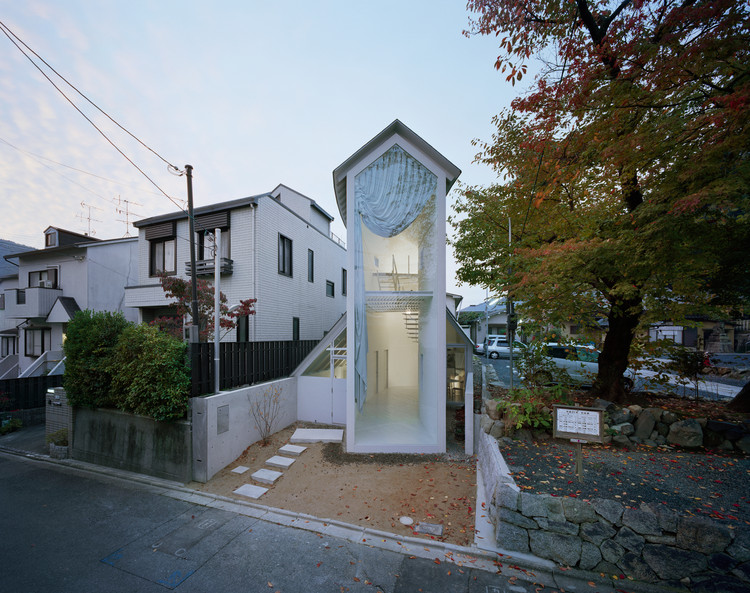 Text description provided by the architects. This house is located at the beautification zone of the ancient city of Kyoto, and it is built like two lean-to extended out from the 2-story main house.

The center of activities is, if anything, based on those lean-to. Those spaces are simply produced by spanning rafters between the retaining walls of the adjacent house and the main house, end various elements such as kitchen, a dining table, furniture and a bath tub are set around the main house, encircling the main house. The space is somewhat like a passage garden by alternately aligning the exterior and the lean-to along with the site boundary.

By spending time going back and forth everyday through this passage garden, the residents can see the small and hard to grasp shape of the main house from outside in various angle. The volume of the house can appear like a tower, or a castle wall depending on the location to look at. The place where the family sleeps is on second floor of the main house and one will access from the staircase reaching out from the passage garden, therefore it is as if like going home rather than simply going to a bedroom. In this way the interior of the main house became a space slightly kept distance from the area spending daily lives.

The inside is a curved Horizont-like space, where the portion of the staircase, the thin steelframe floor, and the equally lined fittings are scattered around without displaying a sense of distance to each other. The relationship among those elements can be visible only after the residents reside and move around, along with the furniture placed at certain locations and drops shadow of each. The gable side of the house shows the doll-house conditions, open and visible from the adjacent street.

There was no intention from the beginning to bring in the exterior into the interior, or release the daily life of the resident to the surroundings. However, there was such a thought of providing a depth to the extent of life produced within the cityscape, site ground and the house – which we have never felt before. I imagine the sort of new, powerful residents of the house transforming the house into a living space or a cityscape, through the daily lives of the family of four fully utilizing the depth of the extent I tried to produce. 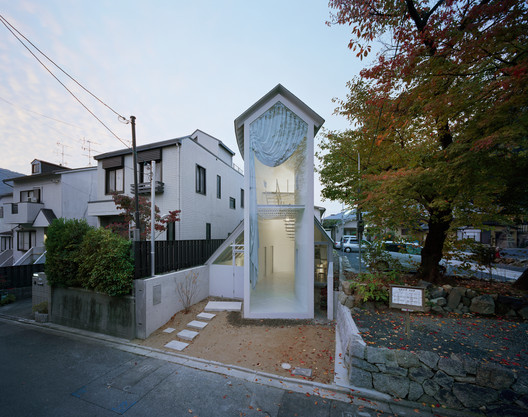