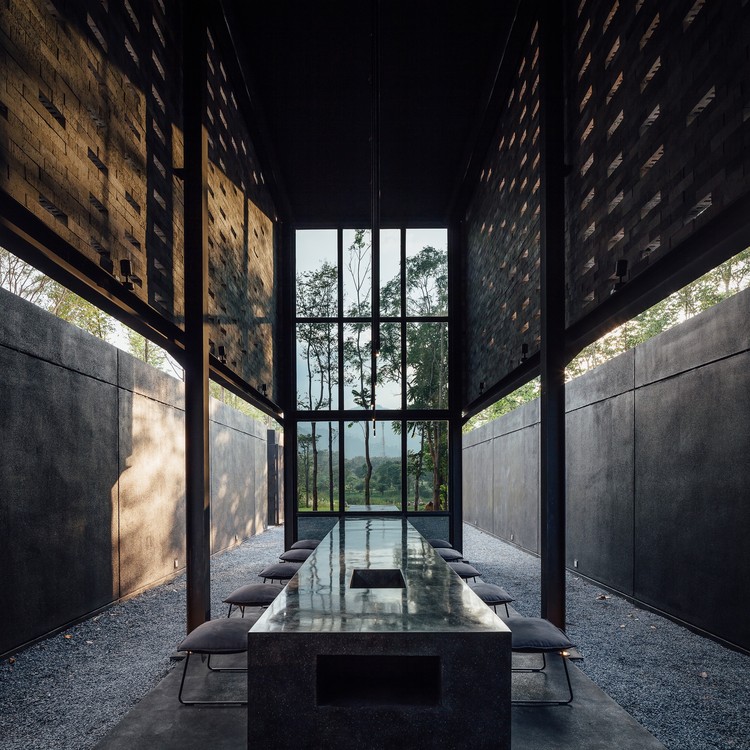 Text description provided by the architects. Intertwining the Contrasts
The project locates in Pak Chong district, near the perimeter of Khao Yai National Park, one of the country’s most visited weekend destinations. This blossoming vacation town is occupied mainly by two types of architecture; the ones predominated with large openings and access to hillside view, and those with the replicated aesthetics of Western architecture. But what Yellow Submarine Coffee Tank proposes is something different.

After introducing the design team the1,600 – square meter land of Indian Mahogany plantation, the owner expresses the desire of incorporating architecture to create new values to the land for future expansion. From the first encounter, the site reveals the specific physical conditions of the planted forest from its gentle slope to the very unique ambience that has the potential to become one the area’s most prominent place. And architecture is going to help emphasize and understand these elements.

A series of 3-meter-high walls encloses the 300-square meter area to underline the different scale of the structure and the vast landscape it locates in while leading users’ focus to what goes on inside. The 38-meter length of the dark wall situating on the gentle slope accentuates the 1.6-meter difference of the site’s steepness. To access the coffee tank from the parking space, visitors are led to follow the walkway locating in parallel with the building as they consider the coexistence of architecture and nature. Only one-third of the coffee house’s space is roofed with an air-conditioned room being one half of the sheltered area. Such program grants the opportunities for users to be immersed into natural surrounds that change through seasons.

The functional space is divided into three sections: 1) the entrance that introduces the vast and emptiness 2) the part where architecture functions similarly to a tree and 3) the area under the tree canopy. The architecture is constructed from materials with different shades of black to create an environment where certain elements become present through the processes of absorption and reflection. Physical interactions of materials can be seen in various forms and effects, from the brickwork that absorbs moisture, the sounds of footsteps on the gravelled ground, the thick walls that help blocking noises, the shimmering reflected light on the expose aggregate walls coated with Chinese ink, to the reflection of glossy tiles. Through the collective visibility of these elements, the ‘blackness’ speaks with its own language.

While the realized architectural form seems like quite a contrast to the nature, it possesses a strong connection with the site and the surroundings. The enclosed space allows users to not only see but contemplate the things they might have overlooked, from simple human interactions to the humble magnificence of nature. Ambience becomes one of the key ingredients of the architecture, and meaningfully, the space is formed, serving its own role and presence as a memorable architectural space while adding a new awareness to people’s perception of and attitude towards architecture. 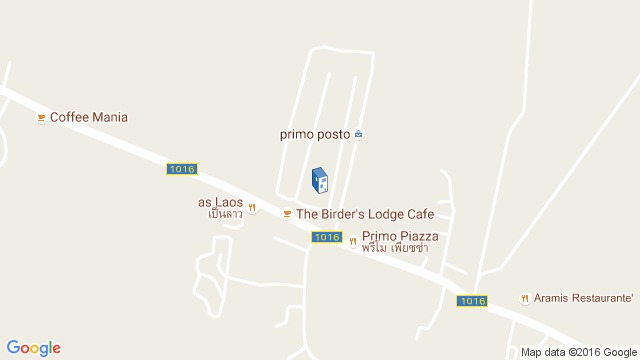 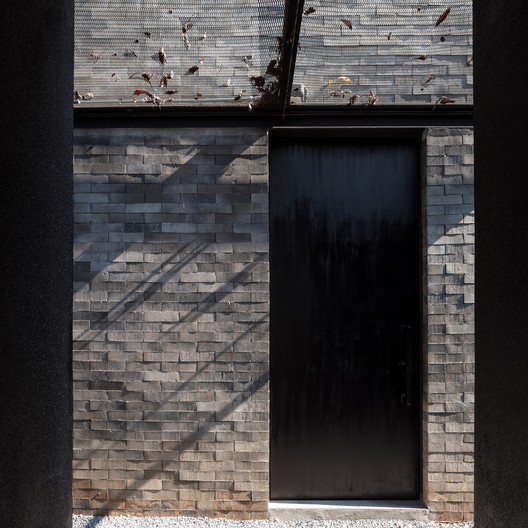 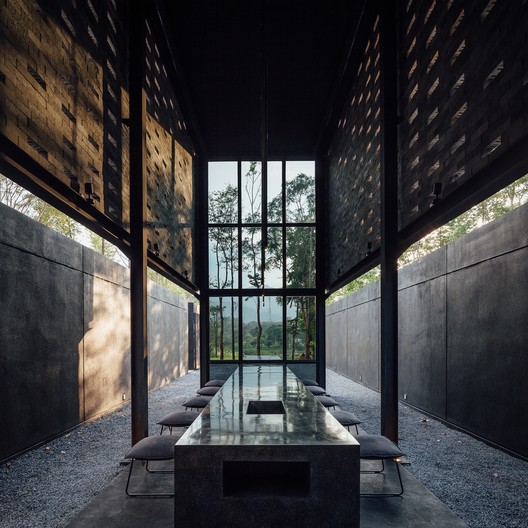