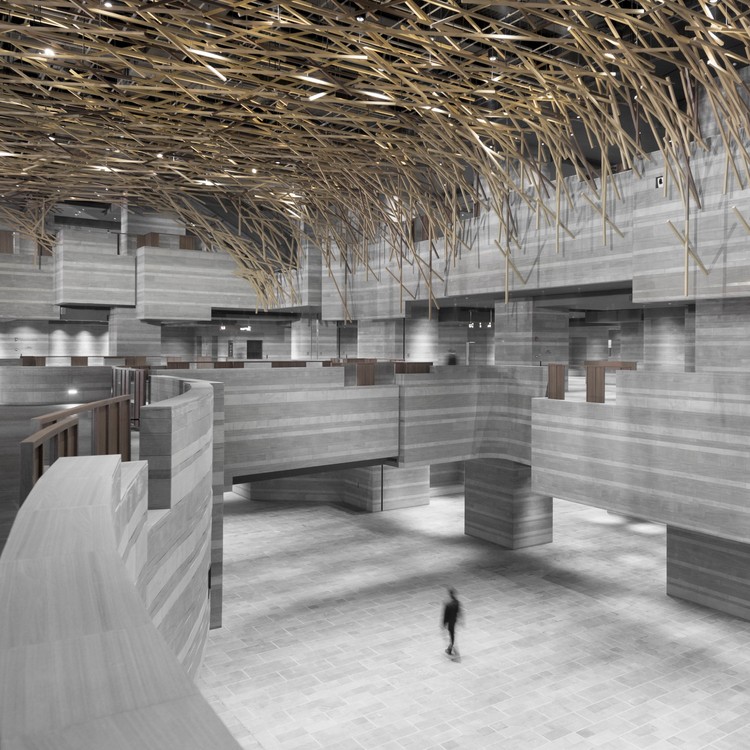 Text description provided by the architects. The ongoing events and visitors that inhabit this urban oasis, together with the designed spatial elements, bring a transformative and invigorating life to a neighborhood in the making. As Shanghai expands, the Hongqiao District has become its new vibrant neighborhood because of the concentration of Hongqiao Railway and Subway Station, Hongqiao Airport, the new Convention Center and the CBD. The developer Shui On Land, the mastermind behind the Xintiandi development introduced the HUB mixed-use development in the heart of this new district. The highlight of this complex is the Performance and Exhibition Center that is envisioned as the “hot spot” of culture and arts of the new neighborhood.

The interior concept draws inspiration from landscape to create a nature-like environment that provides retreat from the heavily built context and visual overload of contemporary culture. The performance center interior is perceived as a five-story urban oasis in the form of as a solid rock set inside the exterior envelop; spaces are carved out and programmatic elements inserted. Visitors arriving from the subway station find themselves walking into an underground space, with the ceiling covered in metal tubes mimicking the roots of the forest above.

A dramatic escalator tunnel with deep ceiling coves brings one out of the ground into the primary exhibition hall. A floating canopy of wood sticks hovering over the three-story atrium transforms the space into a forest. Gallery openings are wrapped in interlocking solid sandstone and light walnut balustrades. Wherever a visitor is, his/her role as the spectator and the partaker of a performance on stage is constantly alternating as one meanders along the cavernous galleries and bridges. Hidden above at the upper levels is the treasure box – a 750-seat performance hall with floating screens, associating with the bamboo slips from ancient China to “record” the stories inside. One can discover other delightful spaces carved into the sandstone mass throughout – golden toilet cubicals; cigar room, salon, and bars as wooden houses inserted into the rock; halls of mirror in black-glazed tiles with green toilet rooms; bronze elevator cabs; private VIP rooms dressed in hand-painted tiles that narrate the story of Hongqiao District’s humble past; and a golden trellis inside the VIP Lounge dotted with intricately crafted pendant lights. 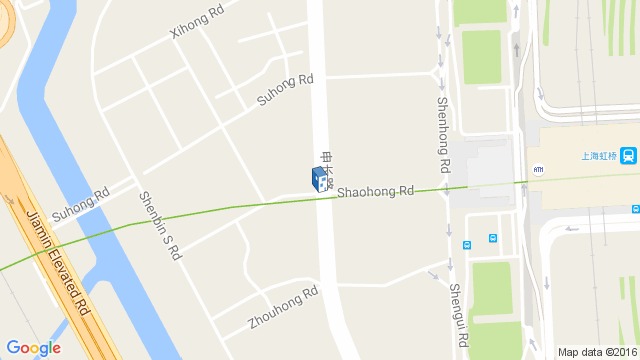 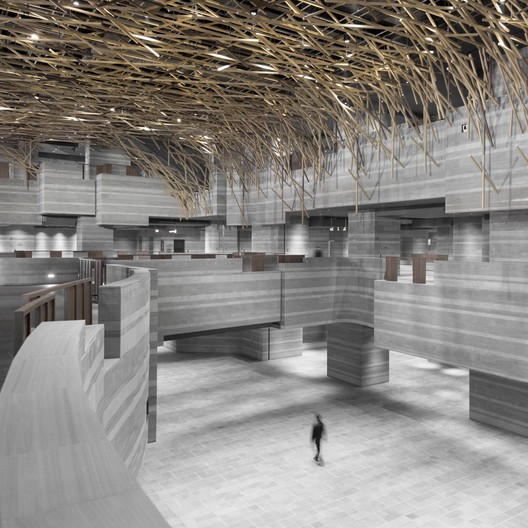