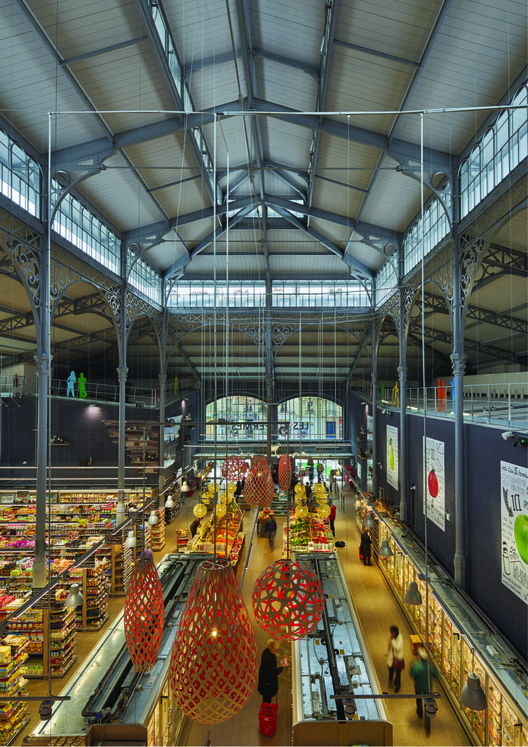 Text description provided by the architects. Renovation of the Secrétan Covered Market: renaissance of a local lifestyle

Almost emptied of its shops and walled up, the Secrétan covered market had become an increasingly foreign object in the district.

Over a century since its construction, this Baltard style covered market, listed in the French inventory of historic monuments, has now been restored and rehabilitated. It has once again found its former vocation and become the new heart of the 19th arrondissement.

On the outside, the building opens generously onto Rue de Meaux, with the masonry walls replaced by a completely glazed façade. The treatment of the surrounds as a wide pavement favourable for strolling around and the integration of shops allow the retail environment to stretch beyond the building.

The interior space has been reorganised and a basement excavated to install several fitness rooms. The central part of the ground floor level is occupied by a food store, thus returning the building to its initial function. On the mezzanine level, a municipal recreational centre has opened its doors to children and families.

The three level roof has been renovated and now integrates all the technical elements (insulation, smoke extraction, etc.). A second independent steel frame has been created to assure the stability of the original cast-iron structure. A number of façade features have been developed (curtain wall with steel frames, fixed glazing, sliding doors, etc.) and particular care taken in restoring the brick and support walls. 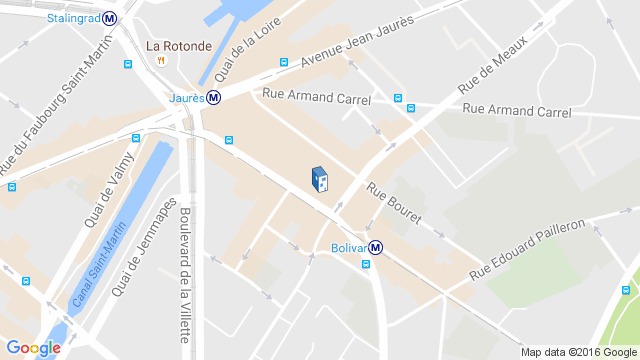