Just as the competition to design the official Obama Presidential Library in Chicago was heating up, Arcbazar orchestrated a simultaneous, open-call for ideas competition asking “What sort of Presidential Library would the people design?." Raynaldo Theodore Design Studio (RTDS) led by Raynaldo Theodore, Ryan Ridge, and Kalvin Widjaja responded with a proposal that focuses on Obama's peaceful and inclusive spirit to create a place of welcome and community. Dubbed The V-House, their design is comprised of a series of indoor/outdoor sequences which reference Obama's life and significant points in its Chicago context.

Given the choice between Jackson Park and Washington Park, RTDS chose to situate their building in the latter and used the existing landscape to drive the formal expression of the building. As much green space as possible was preserved, giving value to the existing parkland. The building rises upwards as an extension of the ground plane, on which the jury commented: "The design was part of the landscape but reach[es] for the sky."

The building mass was sculpted by pulling key points of the city inwards, eventually resulting in a "V" shape. The hit and miss pattern of the brick facade allows it to double as a continuous planter box, bringing views and nature indoors. The program inside arranged in terrace form, so it is possible for each program to have access to the garden terrace outside.

The Library and Center takes visitors on a journey through the key stages of Obama's life, from Hawaii, Jakarta, Kenya, and Chicago, and at each intersection of the building a key element of Chicago is referenced. When you reach the top of the building, you can see the silhouette of Chicago from a distance.

RTDS said in a press release: We called this proposal the V-House which can be interpreted as peace and victory brought by Obama during his tenure as president. We intended the 14th Presidential Library act not only as a museum but also a second home where people could meet and interact, have a cup of coffee, or do jog at the weekend. V-House will represent a new home where differences are no longer an issue and everyone lives in harmony.

Correction Update: The headline of this article originally implied that this design had taken first place in the competition. As mentioned in the article's text it was in fact, third place design. The headline has been updated to reflect this. 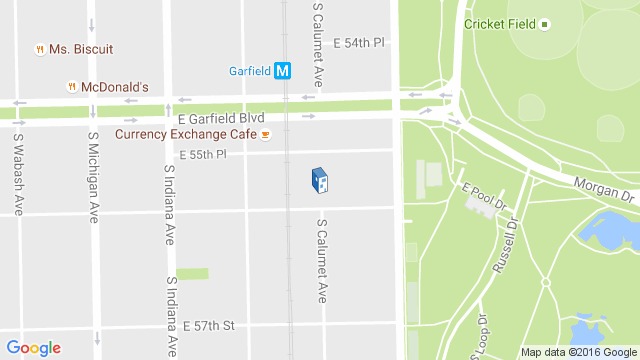