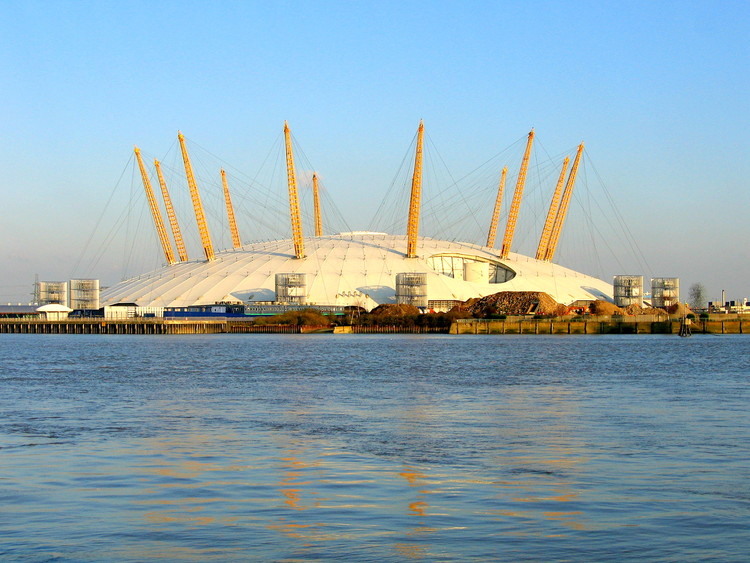 The Millennium Dome was the focal point of a larger masterplan by Richard Rogers for a peninsula in Greenwich, London, on the south bank of the River Thames. From the outset this 300-acre site presented a multitude of difficulties. Before being purchased by the government for redevelopment, the site had been owned by British Gas who had used it for the disposal of toxic waste meaning that the land had to be decontaminated at great expense before construction work could commence. A ventilation shaft from the Blackwall Tunnel, which carries road traffic beneath the Thames, stood on the proposed site of the dome and needed to be accommodated into the design. The area was also poorly connected by public transport, and the road infrastructure was unable to accommodate the anticipated numbers of visitors. Fortunately, plans were already underway for an extension to the Jubilee Line on the London Underground network, and North Greenwich station opened on the peninsula in 1999.

A dome structure was chosen as the most appropriate design solution to the brief, largely due to the strict time constraints imposed on the project. It was only in 1996—comparatively late for a project of this scale—that the Greenwich peninsula was chosen as the site for the festival, and it was essential that all construction work be completed in 1998 in order to allow sufficient time for the exhibitions to be installed by the turn of the millennium. Rather than creating separate pavilions for each of the exhibitions which would make up the Millennium Experience, it was more time-efficient and cost-effective to create a single enclosure to house them all. According to Davies, the shape of the peninsula also suggested a circular structure: “the site had an incredible 270-degree sweep of the river, so a circle made sense.”[1]

The design of the dome features a circle of twelve steel masts, one hundred meters high, which support a network of high-tensile cables. The seventy kilometers of cabling is covered by a canopy of white PTFE fabric just one millimeter thin, with an interior lining to absorb both sound and condensation. The Dome’s specifications are astonishing: it has a circumference of one kilometer, a height of fifty meters at its peak, and covers an area of eighty thousand square meters. In keeping with the festive spirit of the exhibition it housed, the architecture of the Dome was intended to convey a sense of optimism about the new millennium. As Davies recounted: “it’s no accident that those masts reach up at that angle like raised arms, and say ‘Yes!’”[2]

The Millennium Experience was conceived to be the latest in a long line of national festivals, including the Festival of Britain in 1951 and the globally-seminal Great Exhibition in 1851. The dome also responded to these earlier events through explicit architectural references. The most iconic structures at the Festival of Britain were the Skylon (a steel cigar-shaped structure) and the Dome of Discovery (a dome housing an educational exhibition). The architectural legacy of both these structures is amalgamated into a single building at the Millennium Dome, clearly evident in the cigar-shaped masts and the concept of the dome itself.

While the Millennium Dome makes architectural references to the past, the pure-white Teflon-coated PTFE fabric gives the structure a highly futuristic appearance; just one of the building’s many apparent contradictions. As the author Elizabeth Wilhide observed, “it is soft and hard, rounded and spiky; it hugs the ground and reaches for the sky.”[3] Technically it is not even a dome, as its load does not rest on its circumference but on the steel masts; a more accurate (but less marketable) description for it would be a ‘spherical cap’.

The Greenwich Meridian Line passes just meters away from the dome, and the design of the building contains many allusions to the concept of time. Davies, who describes himself as a “keen astronomer,”[4] specified that there should be twelve masts, one for each month of the year, and twenty-four ‘scallops’ (the curved cutouts at the base of the canopy), one for each hour of the day. Furthermore, the dome has a diameter of 365 meters, representing each day of the year, and the panels of the canopy are based on the celestial lines of longitude and latitude. These time-based references are particularly appropriate given the project’s purpose of celebrating a significant calendar event.

Sustainability was a key consideration in the design of the dome, with great care taken to minimize the environmental impact of the building. Rainwater runoff from the roof is collected into pools, naturally filtered through reed beds, and recycled as grey water for the toilets. The translucent fabric of the canopy allows sunlight to enter the Dome, thereby reducing the need for interior lighting and lowering the energy demands of the building.[5] Any energy which is needed comes from renewable sources, namely household waste, sewage and wind.[6] The dome is also naturally ventilated, with openings at the center of the roof releasing the rising hot air and twelve fans drawing in cool air from outside.

By necessity, the design process of the dome was a collaborative one, as the complexity of its engineering required the architects to work closely with the project engineers Buro Happold. Glyn Trippick, Structural Engineering Partner of Buro Happold, labelled the Dome “a true collaboration between architect and engineer. It’s one of the few projects where you can’t say that either has led.”[7] The stylistic influence of both firms can indeed be seen in the final design of the dome. Richard Rogers applied his signature ‘inside-out’ treatment to the building, placing the service plants of the building in cylindrical towers around the Dome’s exterior for easy access. As at the Centre Pompidou in Paris, various components of the building are color-coded: yellow is used for structural elements such as the masts, while orange is used for pedestrian circulation and red for the interior lighting towers.[8] Buro Happold, meanwhile, had a history of engineering tensile cable structures. The firm’s founder, Ted Happold, had collaborated with Frei Otto on several similar projects, such as the aviary at Munich Zoo.

The decision to build a single expansive dome, rather than individual pavilions, disassociated the architecture from the exhibition and created a more flexible architectural space. Richard Rogers had explored the use of assisted span structures in many of his earlier works, including the Fleetguard Factory in Brittany and the unbuilt Massy Autosalon.[9] Like the dome, these buildings are largely free of internal supports, allowing the layout of the spaces to be easily modified. At the dome, this flexibility was taken a step further. The service cylinders around the perimeter of the dome feature what Davies described as a “flexible racking system”,[10] wherein the outer fins of the cylinders can be easily detached and service plants added or removed as required.

Thanks to the great degree of flexibility in its design, the dome has been successfully adapted for multiple uses since the closure of the Millennium Experience. In 2003 the Dome hosted a music festival organized by the Mayor of London as well as a Winter Wonderland festival. The following year, the charity Crisis made use of the dome as a shelter for the homeless over the Christmas period. In 2007, after a two-year period of development, the dome reopened as an entertainment center. Rebranded as The O2 (after a sponsorship deal with the telecommunication company of the same name), it has since been successfully used as a venue for concerts and sporting events, hosting gymnastics and basketball competitions during the London 2012 Olympics.

The Millennium Experience received highly negative press, largely due to the spiraling costs of the exhibition and its poor visitor figures – it drew a mere six million visitors over the course of the year, just over 10% of the British population at the time and half of what was expected. The Millennium Dome suffered by association, and often faced criticism for being over-budget. In fact, at £43million the architectural project was well under-budget and relatively inexpensive for a building of such scale, but Rogers explained that “the cost quoted invariably includes the contents.”[11]

The greatest success of the Millennium Dome does not lie in its contents, but in its triumphantly exuberant and celebratory architecture. The dome’s architects and engineers created one of the iconic structures of the 20th Century, and its endurance is a testament to their foresight and prowess. In designing an adaptable building, they allowed the dome to respond to the demands of a new millennium. Tony Blair, who championed the construction of the Millennium Dome as Prime Minister of the United Kingdom, summarized its legacy: “we will celebrate the millennium with a new dynamism in our country. The Millennium Dome symbolizes this dynamism.”[12] 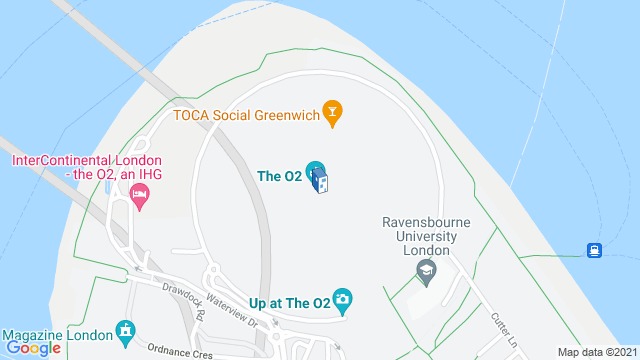