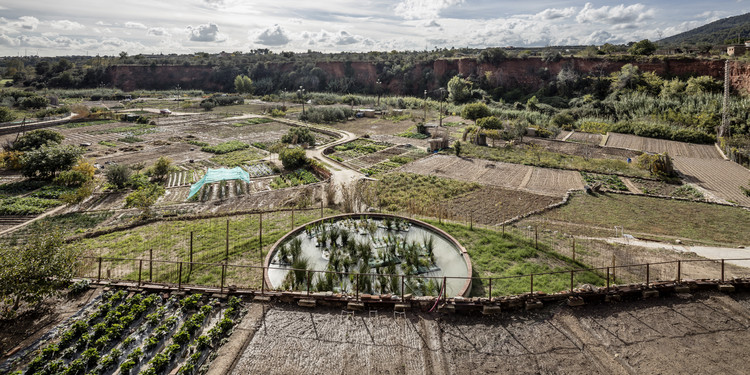 Text description provided by the architects. Hortes de Baix is a heritage irrigation space of 3.7Ha annexed to the historical center of Caldes de Montbui, a thermal city founded by romans near Barcelona. This space has suffered the gradual environmental and social degradation of its landscape. This characteristic process of the peripheral landscapes of the twentieth century is here mainly caused by the water pollution of the stream that supplies the irrigation system, the poor accessibility to the space and the breakdown of the irrigation community.

These vegetable gardens were historically watered with the surplus of thermal washing places and the stream rainwater that poured into the main irrigation canal. This canal, formed by stone walls almost 3m high, is the main element of the irrigation system. But with urban growth the stream was covered and poured much of the sewage from the urban center. The canal has become an open sewer. This has caused health risk for the horticultural production as well as for its public accessibility (extreme bad odors and visual effect). The limited availability of clean water triggered the claim for water as a public good asset, as a heritage to reintegrate into the citizen imaginary.

The project was born within the municipal Public Space Board, which gives voice to local initiatives to improve it. The City Council commissioned the assignment to solve the need of more clean water for irrigation, to channel the wastewater open flow and to facilitate accessibility from the city center. We proposed: to recover the private horticultural landscape as a new public space that encourages food self-sufficiency; to co-design the process with the irrigation community and stakeholders; and to recognize the key value of traditional water management as a tangible and intangible heritage.

With the 70 gardeners community, we detected an inadequate management of the water surplus from private thermal spas poured into the stream; so we proposed to reuse it for irrigation as well as the surplus water from thermal washing places. Through two years of participatory action research process, the irrigating community was recovered and empowered to agree on some bounded interventions without altering the existing irrigation system or its social management. The project was executed with 93,881€ and a Municipal Employment Plan. The maintenance is taken over by the irrigation community.

This project has been developed through two phases: the sustainable management of the irrigation system and the walkway to improve accessibility. As part of the community process, the surplus water from thermal spas was recovered to irrigate orchards ensuring water supply. For that, a new public pool is built there to accumulate and cool thermal water. From there, we keep and recycle the existing irrigation system to deliver flooding turns by gravity operation, avoiding introducing any new mechanized device. Wastewater is channeled to the sewage collector allowing to recover the existing main canal with a new walkway to improve access to the area. This is supported inside the stone walls to not alter the canal traces appearance.

We evaluate the project at three levels. Political: The Government has committed itself to dignify this place and to the long and intense participation process that culminates with the creation of a gardeners association hitherto nonexistent. A board with commissions is created to ensure self-management on the irrigated space, the establishment of internal rules, the communication with the city council, the visibility of its historical heritage and the necessary intergenerational transfer of local knowledge. Productive: obtaining clean water allows the practice of organic farming and increases irrigation turns. In the long term visitors would be expected to consume the cultivated products. Civic: the vegetable gardens become an open public space, promoting recognition, inclusion and education of the agrarian space.

The new community and ecological approach also challenged the architecture team to assume the role of mediators and observers, adopting innovative conceptual references from complementary discipline fields and integrating external collaborators. This has allowed us to develop new tools of decision-making and communication of the technical aspects of the project. 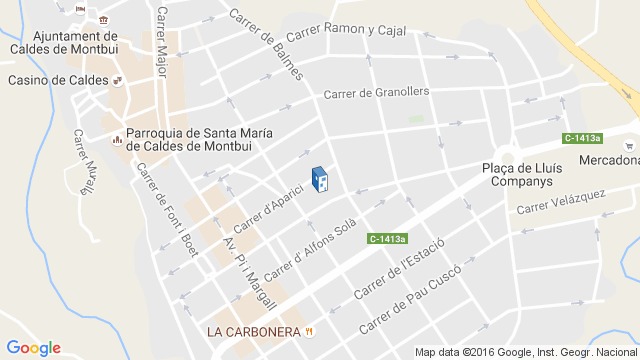