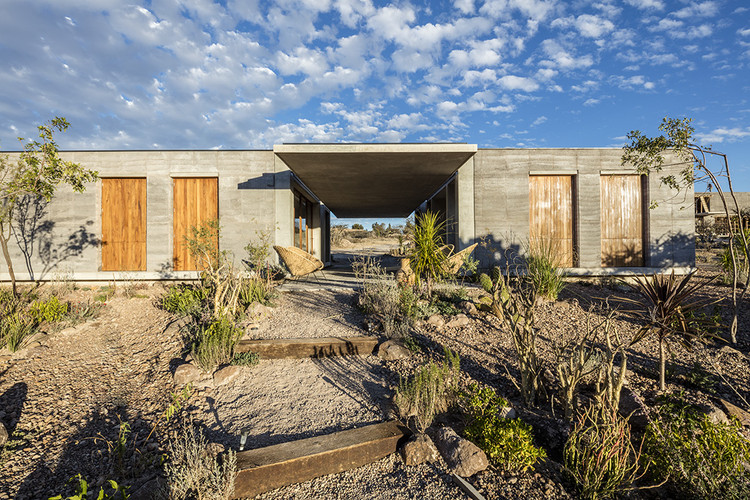 Text description provided by the architects. Casa Candelaria, Located at the outsides of San Miguel de Allende, Mexico, was conceived under concepts that detonate the strength in its presence and belonging to the place where it uproots, for which it was decided to return to the program of the Mexican haciendas and solve the new house around courtyards which themselves contain an activity that represents the tension and the relationship between the functions of the volumes that surround it.

Another key intention for the design development was the decision to use as constructive method rammed earth walls, with natural aggregates that allow the earth to become black-toned that seek the integration and mimicry with the environment where it was intended that the main element outside was the vegetation.

As for the benefits that the use of rammed earth gives us, is the thermal storage because of the thickness of 50cm, in a place of extreme weather, like San Miguel de Allende, it´s sought to achieve spaces that during the day could stay fresh and at night preserve the thermal gain they achieve during the day and radiate it into the interior, in order to create warm spaces. This strategy along with saving on the purchase and transfer of materials from distant places, makes the construction time, cost, and functional outcome to optimize in the best way possible.

Volumetrically the house solves each of the areas independently, creating blocks of black soil with a predominance of solid and opening to the nature that surrounds the volumes through gaps that arise from floor to a 2.44m height where privacy and control of light are given by wooden blinds, revolving plates that generate an aperture and a total integration with the outdoor space.

Programmatically the project uproots in an area of 4 hectares and consists of a master house, the big house, another smaller houses, the guest house, a clubhouse, the caretaker’s house, and a jogging track 1km long that unites and represents all the project itself, giving way along with its route activities, contemplation, and transit between the volumes that make up the whole house.

The big house consists of 12 volumes that are organized around 2 large courtyards, dividing public and private areas of the house with 930sqm and 630sqm of outdoor areas between patios, terraces, pool and gardens and two interior corridors that weave the total volumes outwards.

The guesthouse consists of 4 volumes connected by a covered courtyard and 200sqm of construction. The materials used in this project as key players are compacted soil walls, parota wood indoor, and archaeological stone outdoor, accompanied by the lesser extent of concrete, blacksmithing, and tile floors.

In short, this house responds to Mexican haciendas in contemporary times with an innovative and effective construction system. 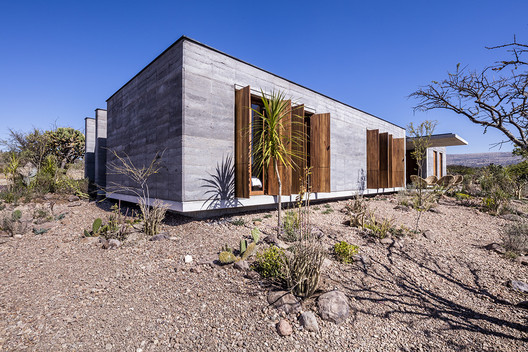 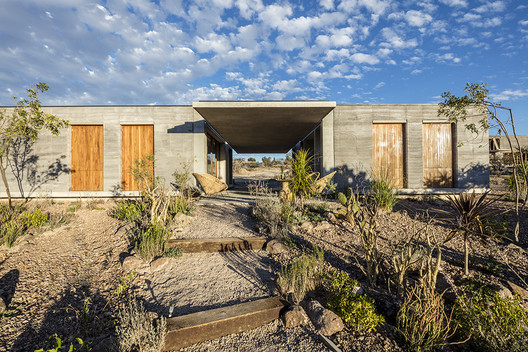