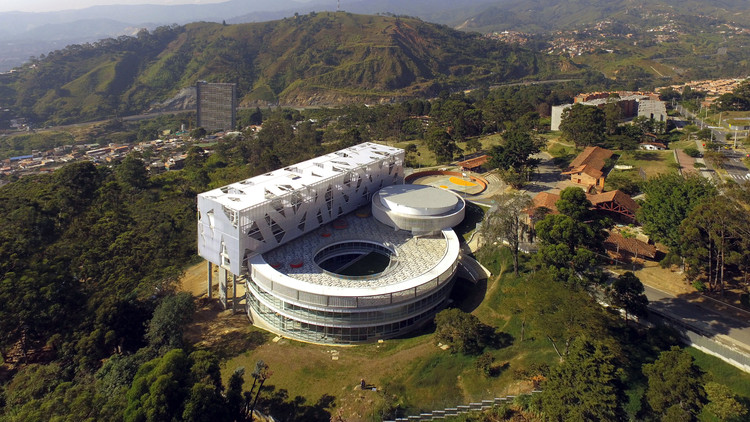 Text description provided by the architects. The accelerated growth of medellin during the last five decades produced an unbalanced conurbation, lacking the most elemental services of public infrastructure. The project of urban transformation for the city advocates to overcome those aforementioned unbalances with regards the development of transportation systems as metrocable which connects the most isolated zones of the territory, as well as with the construction of hospitals, schools, libraries, kinder gardens and parks.

This is how medellin is transformed due to a city project that is supported on highly relevant actions. It is a public school which is part of a spatial model that includes renovation, environment protection, public space, and new mass transport network. Then the project is become in generator of different activities and promotes the interaction of people in less favoured areas. The power of its presence into the city is clearly related to different scales.

It is located in a zone that has suffered big changes trought time. Even so, the place preserves some specific features, because of the presence of forest to be protected.  The mayor's office of medellin along with the ministry of education proposes this new public school to be located in a zone where the socio economic conditions make life difficult for children and teenagers during primary and secondary education. Due to those reasons, a proposal is made for a new building that fosters an adequate academic development in all levels of knowledge.

The building operates as an urban referent associated to the environment protection as it is placed next to an important river inside the hidric net of the city, thus defining the border of the metropolitan park, which, due to its vegetal species and fauna, becomes a fundamental piece of the main ecological net of the city. The different spacial atmospheres foster the collaborative work and generate multiple possibilities for the development of outdoor activities. The project is created focused in two determinants: first, highlights the strong relation between geography and territory. Second, it uses pure forms which are taken into account in order to divide the program into three buildings, thus creating open spaces linked to the surroundings. The articulation of the volumetric composition puts in evidence a double scale relation: a territorial one that establishes visual links along with the landscape; and a local one, where the spaces produced between the volumes, generate high impact relations in the urban and school life. Inside the three buildings, there are 27 classrooms, sports zones, libraries, labs, administration, food court and auditorium. The systems of climate and solar control are developed through double glass surfaces and poli-carbonate elements that guarantee the efficiency in terms of light in all interior spaces.

The school is an urban referent that integrates space and pedagogy and which also promotes an educational program where learning is established as a game and an adventure. The challenges and goals are overcome through science and technological tools that allow students to access to a transformative and creative knowledge. 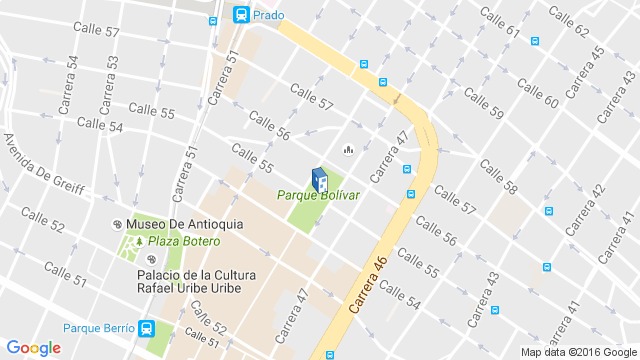