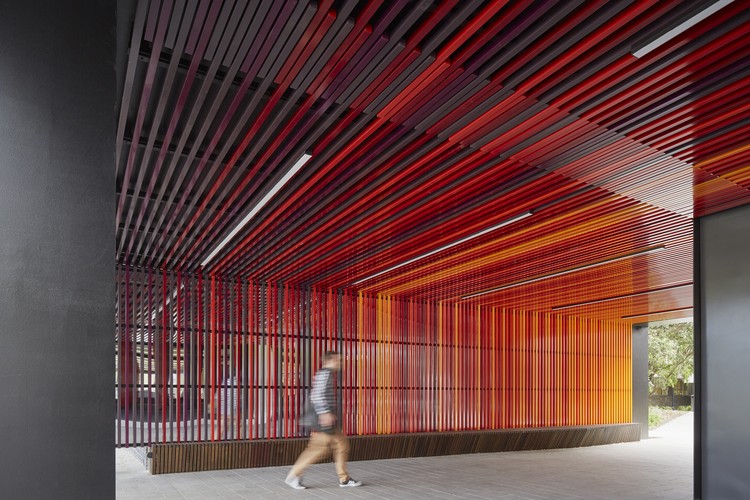 Text description provided by the architects. The project involved the redevelopment of three tired 1980s buildings at Monash University’s Clayton campus.  The intention was to establish new informal and engaging learning hubs within the three buildings and to clarify campus wayfinding by creating new pedestrian ‘walks’.

JCB’s response was to reinforce the main campus intersection with a formal gesture incorporating folding and twisting concrete canopies, a theatrical stair and seating platforms. The canopies provide shelter, entrance identity and a dramatic engagement with the student realm, allowing for moments of congregation, observation and contemplation from the vantage of the stair.

Themed interiors and informal furniture with complimentary material selections were used to de-institutionalise the interior spaces. The Student Services Desk is sculptural in form, eliminating the traditional linear counter anticipated within this type of facility.

A variety of work tables were designed for self-directed study or collaborative activities. Writable surfaces throughout encourage group learning. Throughout the building, visual links to the surrounding landscape and walks are maximized.

The upper floor schemes took the existing layout of a central corridor with perimeter offices and turned it inside out; open plan office areas, meeting rooms and ancillary spaces have been arranged in bays through the centre of the plan while the new circulation spaces run along the north and south facades, creating break-out spaces and informal seating areas along the perimeter.

The new facades were developed as a colourful ‘kit of parts’ to address solar shading, building identity and transparency.  Mild steel shading loops and coloured fins were used to enliven and reinforce the existing structural rhythms of the buildings while the external colour scheme across the precinct sought to both reflect and abstract the surrounding landscape. 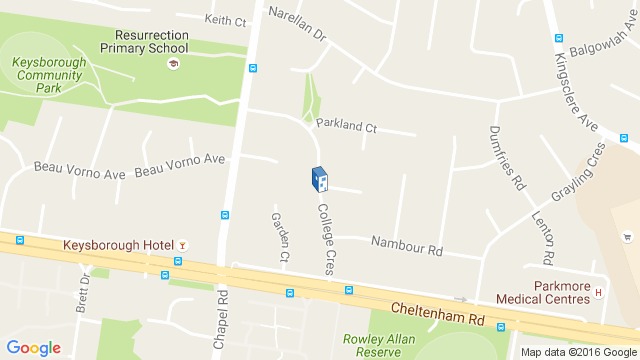 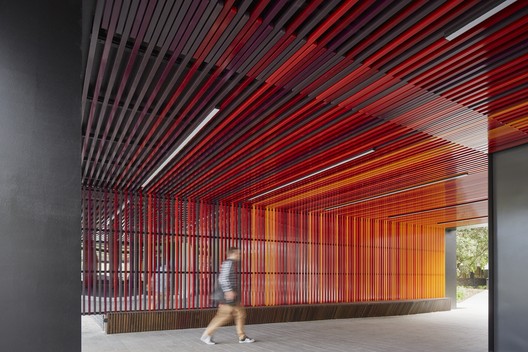