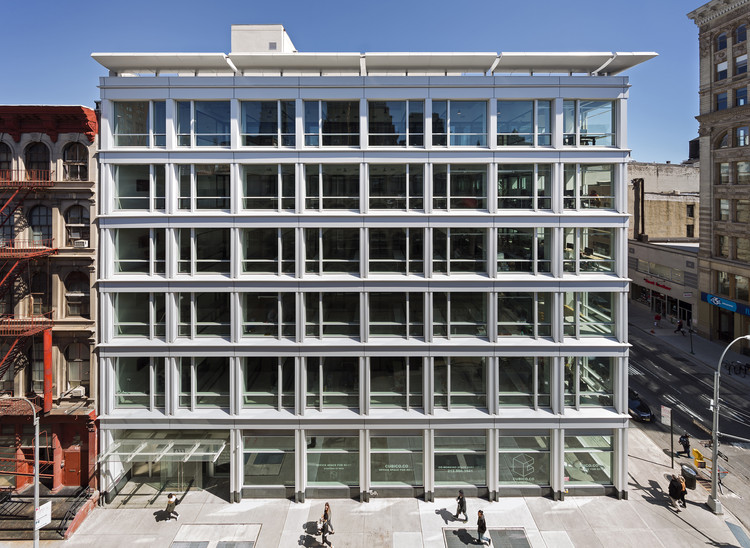 Text description provided by the architects. 433 Broadway is a new, six-story office building in Manhattan’s SoHo Cast Iron Landmark District on the corner of Howard Street and Broadway. Vacant for many years, the site was originally occupied by a branch of the now defunct Franklin National Bank that was housed in a small pavilion in the corner and surrounded by a large, park-like space.

Each of the five floors of the building contain individual work spaces that are divided by glass partitions. Shared functions include bathrooms, kitchens, and meeting rooms. Above the sixth floor the exterior walls set back from the property line allowing for a single-story penthouse not visible from the street. There is an outdoor terrace and a rooftop area, and the entire building is equipped with state-of-the-art communications systems. It is the home of Cubico.co, an office community featuring shared creative space.

Working closely with the Landmarks Preservation Commission, RKTB received the approval of the Community Board and the Municipal Arts Society for its design. 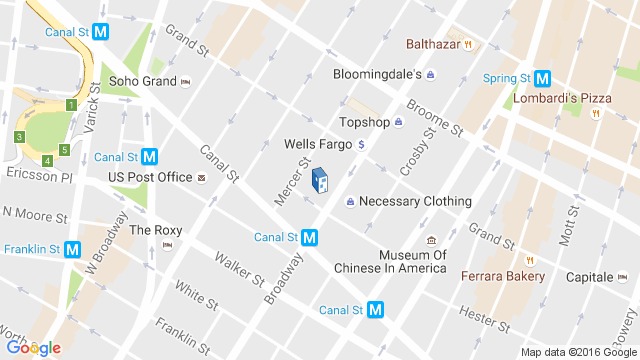 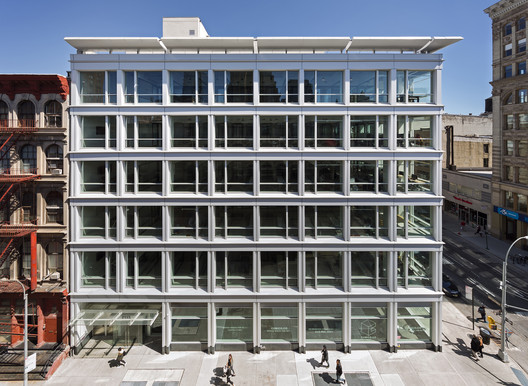