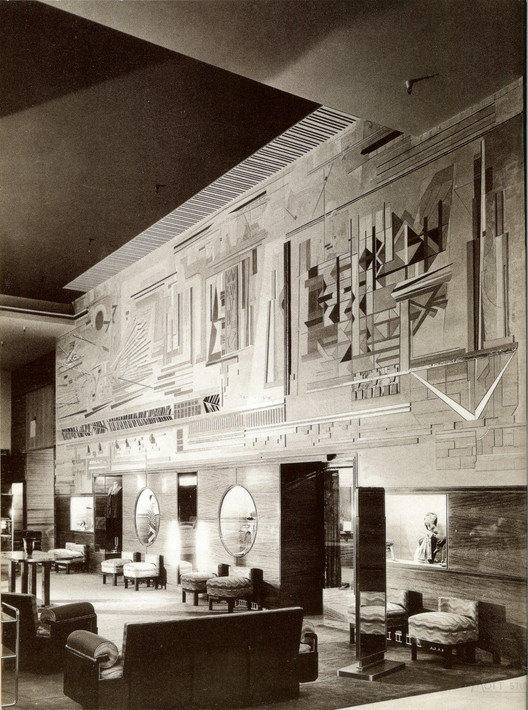 It is unsurprising that this shift occurred in Los Angeles. The city thrived in the early 20th Century, and especially during the 1920s, so that by the end of the decade it had become the largest city in the world by land area.[1] Explosive horizontal growth and a well-developed road system made Los Angeles uniquely suited to travel by automobile; by 1915, Angelenos were five times as likely as most Americans to own a car and, by 1925, there was more than one car for every two residents.[2]

The rapid increase in automobile traffic wreaked havoc downtown. By 1924, more cars were traveling in and out of the city center each day than were registered in the entire state of New York.[3] Those traveling west of downtown did so along Wilshire Boulevard, a thoroughfare proposed by Frederick Olmstead, Jr. in 1923 as a solution for the city’s newfound problems with traffic congestion. The proposal proved eminently popular with voters, and the new street was completed by 1927. Business interests also enthusiastically supported the construction of the new boulevard, as it provided them with an ideal street on which to develop new retail spaces outside the increasingly crowded downtown.[4]

It was in this heady environment that John Bullock made his own grand plans. Bullock had emigrated from Ontario, Canada to Los Angeles in 1896 and promptly set about making a name for himself in the retail industry. He soon came to be employed the Broadway Department Store, which used the concept of fixed prices—pioneered by the Bon Marché in Paris but never imitated in California—to set itself apart and become one of the city’s premier shopping locations. In 1906, Bullock was asked to set up and operate an independent department store in order to reserve the space should the Broadway lose its current lease. That store, which would be named Bullock’s after its proprietor, was designed by John and Donald Parkinson, a pair of architects whose talents Bullock would call upon again in the 1920s.[5]

As development began in earnest along Wilshire Boulevard, Bullock conceived of a branch location for his wildly successful department store. The idea was, at the time, highly unconventional, as few believed a large store outside a city’s downtown core could never draw enough customers to sustain itself. Wilshire itself was largely a residential district during its early years, lined with mansions owned by the city’s nouveau riche elite. Bullock’s vice president P.G. Winnett, however, believed that customers would be willing to drive long distances (up to twelve miles away from beachside Santa Monica) in order to shop at a worthwhile location.[6]

The building that arose at the corner of Wilshire Boulevard and Westmoreland Avenue would soon prove itself more than worthwhile. The initial, traditionally elegant design drafted by Parkinson and Parkinson was discarded upon Winnett’s return from the Paris Exposition Interationale des Arts Décoratifs et Moderne in 1925. The new design that emerged at Winnett’s behest was a Zigzag Moderne monument to the social upheaval and economic prosperity of 1920s America, representing a more modern ideal of luxury. Moreover, as befitted the store’s suburban location, the design would primarily appeal not to passers-by on the sidewalk, but in cars.[7,8]

Many of the Bullock’s Wilshire’s most notable features are the result of this automotive focus. The store had two main entrances, the larger of which faced not onto Wilshire itself, but onto the expansive parking lot. After driving through a pair of dazzling Art Deco gates, shoppers could enter the building underneath the shelter of a large porte-cochère, the ceiling of which was adorned with a mural by Herman Sachs called “Times Fly.”[9] The streetfront windows were fitted with large plate glass windows, featuring eye-catching product displays to entice potential customers driving down Wilshire.[10] In this sense, it was a building geared towards an automotive city.

The tower rising above the street entrance was as much an element of the building’s appeal to automobile drivers as the window displays and ample parking. Clad in tan terracotta and patinated copper, the slender tower emerged from the building’s various escalating setbacks to stand a full ten stories tall. It was a largely ceremonial gesture, one which stood out amongst the store’s residential surroundings and made the building visible from miles away. Those not close enough to be tempted by the glamorous displays could still not miss the Bullock’s bright tower on the horizon.[11]

Luxury did not end at the door, however. The interior of the Bullock’s Wilshire featured an eclectic assortment of architectural styles applied to an equally numerous set of boutiques and departments. Shoppers could pass through the Bauhaus-inspired grand foyer to browse through the Moderne sportswear department; the airy, cubic International Style featured in the Saddle Shop was at odds with the heavy Mayan, Wrightian aesthetic of the menswear department. Historicism, while not at the forefront, was not entirely abandoned, either – the “Period Rooms,” high-fashion salons on the second floor, were finished in the style of Louis XV and XVI. Here, patrons would see the latest fashions modeled under the light of crystal chandeliers. On the fifth floor, exhausted shoppers could sit and recuperate in the spacious Tea Room, whose blue, pink, green, and tan color scheme gave it a decidedly California Moderne appearance.[12]

Winnett’s instincts soon proved correct – and perhaps more importantly, profitable. The Bullock’s Wilshire was an instant sensation, its sumptuous design and quality service attracting a clientele that included many of Hollywood’s brightest stars. Celebrities like Clark Gable, Mae West, Katharine Hepburn, and Judy Garland were regular sights, entering under the glamorous porte-cochère to peruse and purchase the latest fashions. The Bullock’s Wilshire itself appeared in numerous films and television series, starting in 1937 with the premiere of the comedy film “Topper.”[13]

The Bullock’s Wilshire managed to survive the Stock Market Crash of 1929, the subsequent Great Depression, and the death of John Bullock in 1933 to establish itself as the most fashionable department store in Los Angeles for decades. But its glory began to fade as the decades wore on and the city grew around it; ironically, a store that had deliberately been situated in the suburbs eventually came to be seen as too close to downtown. The neighborhood had long since lost its luster, and when riots broke out over police brutality in July of 1992, the Bullock’s Wilshire was not spared the wrath of looters. Fortunately, only the first floor was damaged and the building was not successfully set alight, but business would never truly recover. By March of the following year, the Bullock’s Wilshire—by then owned by Macy’s—was closed for business.[14]

The store’s closing became a hot topic for architectural preservationists, who vehemently opposed the potential demolition of such an important city landmark. Debates raged over how best to repurpose the building, as its design was ill-suited to the more modern conception of a department store; its products had been intended for display on models, leaving little space for clothing racks, and there were no escalators. Fortunately, the former department store was given a new life upon its purchase by Southwestern Law School, which retrofitted the property to serve as part of their new campus. The iconic Art Deco interiors were only minimally altered, preserving their original splendor for generations of future admiration.[15]

Though its original context has faded into history, the Bullock’s Wilshire remains an eye-catching fixture on one of the busiest thoroughfares in Los Angeles. It’s once cutting-edge Art Deco design, though no longer so daring as it once was, is a reminder of the impact made when the store first opened in the twilight of the 1920s. Its avant-garde embrace of the rising automobile-centric culture proved greatly successful, initiating and validating a shift in the focus of urban and architectural planning that would ensue in the following decades. The Bullock’s Wilshire itself, meanwhile, remains standing where it has been for almost ninety years, a testament to a golden era long since past. 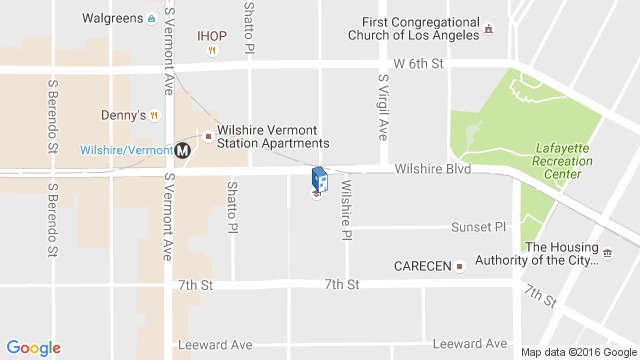