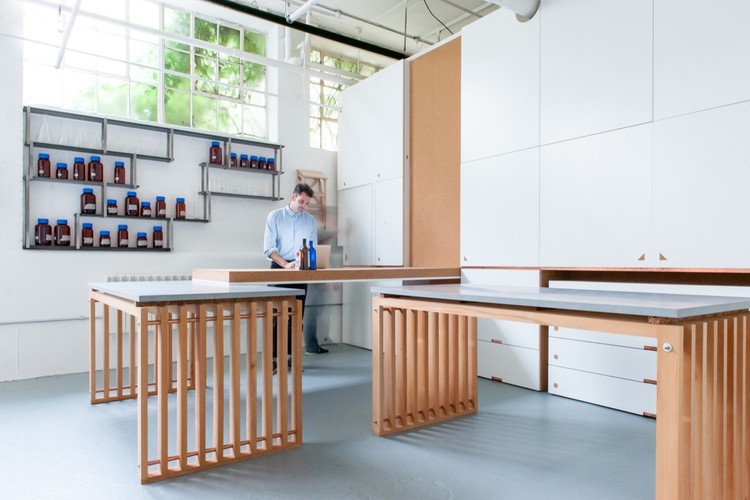 Text description provided by the architects. A Dalston based creative workshop has been completed for Sweetdram, a new distillery collective, in collaboration with young architecture practice SODA.

Sweetdram’s first ‘permanent’ home is in a former printworks in Dalston and has been designed to be as flexible as possible - everything within the studio can be easily dismantled, moved and adapted to the needs of the company.

SODA’s approach has been to use a limited, modern materials palette to inform a ‘kit of parts’ to design practical, minimal interiors, which reinforce Sweetdram’s contemporary take on liqueur’s for modern tastes.

Cork is used for worktops and a bespoke storage wall that doubles as a partition of the space, separating the main workshop area from the office. SODA have specified tailored copper detailing as the backdrop to a feature display of bottles and liquids and as a reference to the copper still.

Co-director of SODA, Russell Potter said: ‘There are some projects that are too good to turn down. When Andrew and Dan approached us about a technical workshop and events space we were interested. When they said they were happy for us to take the design of their branding and graphics and run with it to create a physical version, we were really excited. When you add bespoke liqueurs into the mix too! What’s not to love?”

Co-founder of Sweetdram, Andrew MacLeod Smith said: “The approach SODA took made us feel like we were in constant collaboration, which enabled them to get underneath the brand’s skin. As a result, they have managed to create a workshop that not only balances function and aesthetic but also acts as an extension of Sweetdram and a showcase for what we do. More than being just a nice place to work, the space becomes a highly unique, dynamic marketing tool, and for a small brand in a competitive industry, that’s invaluable.” 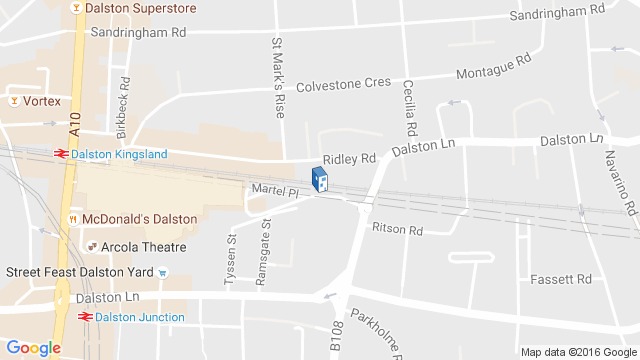 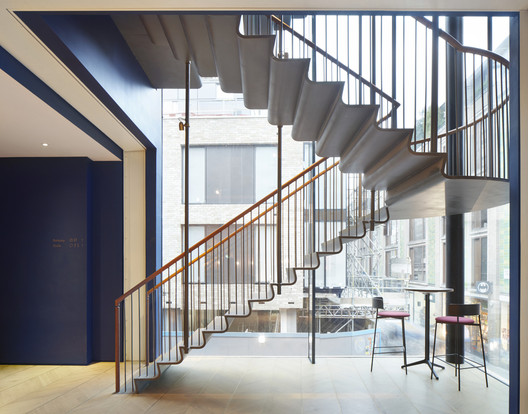