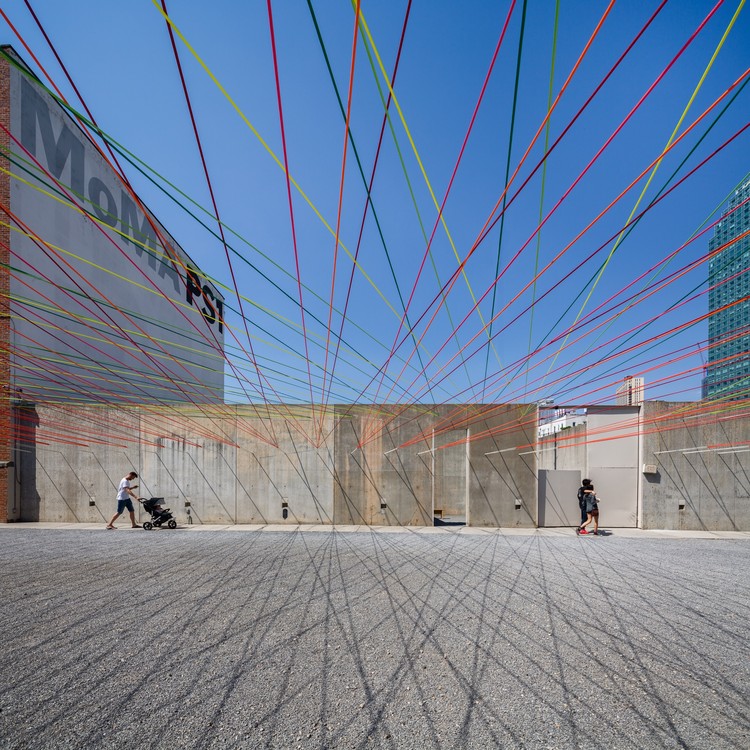 Text description provided by the architects. Escobedo Soliz was selected to construct the temporary installation for the PS1 warm ups in summer 2016 through the YAP Program 2016 of MoMa Ps1. Weaving the courtyard is not an object nor a sculpture standing in the courtyard of the PS1, but a series of simple but powerful actions on the preexistence that generate new and different atmospheres in every space of the courtyard.

The intervention works together with the preexisting walls to generate embankments on the topography, platforms of soil and mirrors of water. Using the modulation of the holes on the concrete walls, left by the formwork ties, they make a weaving system to create an ethereal and colorful cloud of ropes that provides many different textures, colors and shadows below the courtyard.

They use the materials as they are, without altering their original state, therefore in the end of the summer these materials can be reused, for their usual purposes. Since its foundation in 1971, the PS1 has been one of the first and most important venues for site-specific art In New York. The Proposal is in essence, a site-specific architectural intervention that can only belong in this courtyard.

After installation, the ropes will be donated to Weavinghand, a community of weavers of Brookyn, with them they will make some rugs to be donated to various public institutions. The benches will be sold to the general public during uninstallation in the PS1. 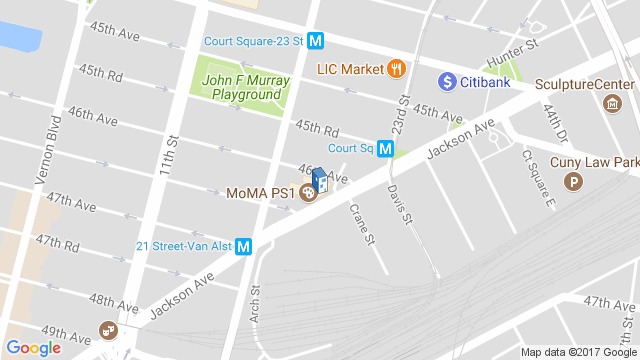 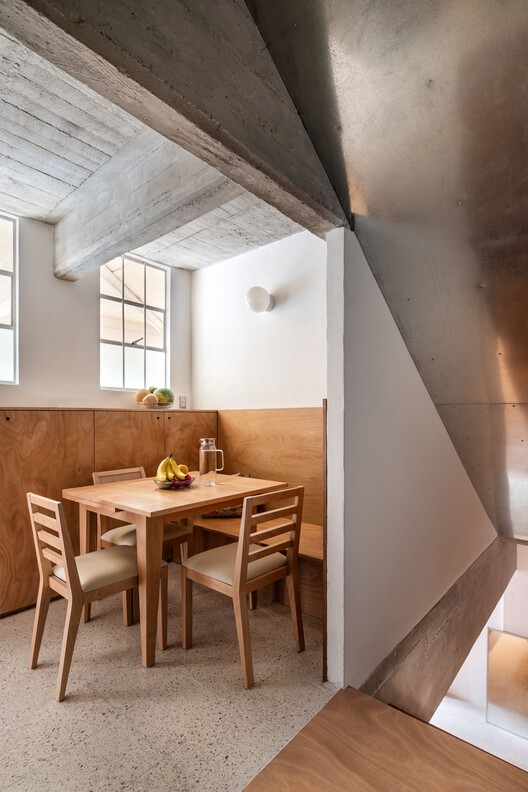 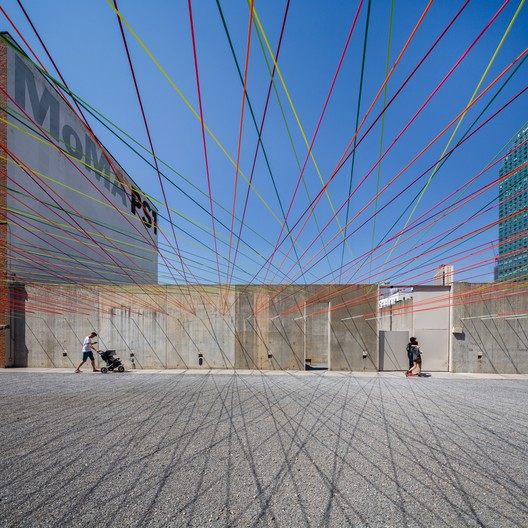