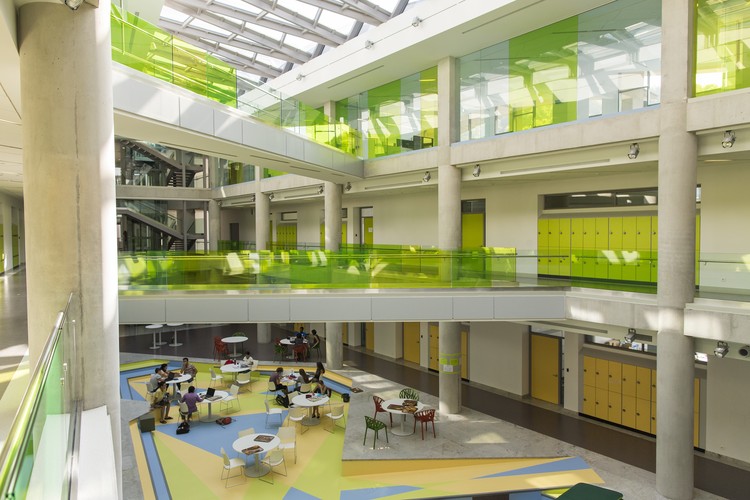 Text description provided by the architects. From the architect. One of the main goals of the UWC College Dilijan project was to create an Armenian international school that is a lot more than just another international school located in Armenia. We managed to accomplish this objective by integrating the complex of modern buildings into the natural historical environment. The famous Armenian tufa and local stone were used as the main building materials. Eco-friendly “green” walls and roofs were used for school’s main building.

As a result, the small houses with different story levels for students, with their textured masonry, red roofs and overhanging balconies, almost replicate the samples of old local architecture. The architects also divided the extended main building into smaller sections with a roof composed of separate fragments and glass inserts equal in height to the facade. All the buildings of the complex are co-scale and have no more than three floors.

The roof is one of the key architectural elements of the school’s main building. Consisting of smoothly curved and generously landscaped plates, it gives the building a marked resemblance to the surrounding hills, causing it to actually merge with the landscape. For greater effect, we used a non-standard lawn and native plants, which means the building naturally changes its appearance during the year as the seasons change.

Due to the fact that UWC Dilijan College is located in a seismically active zone, special attention was paid to the security and stability of the buildings to account for variations in the Earth’s crust. A general drainage system was installed on-site, and retaining walls were built for protection against landslides.

The school’s concertina roofs, which spread over two atrium spaces, form interesting shadows and reflections that complement the ‘shattered glass’ floor design. Their configuration and patterns allow sunlight to penetrate deep into the atrium spaces harmonizing the exterior changing colours with interiors shades of green and yellow. The two elongated atriums thus become the main spaces responsible for a most important part of the educational process – informal interaction and close cooperation between students.

Thanks to the efforts of the international holding RD Group, UWC College Dilijan became the first building in Armenia that has received the BREEAM environmental certification. 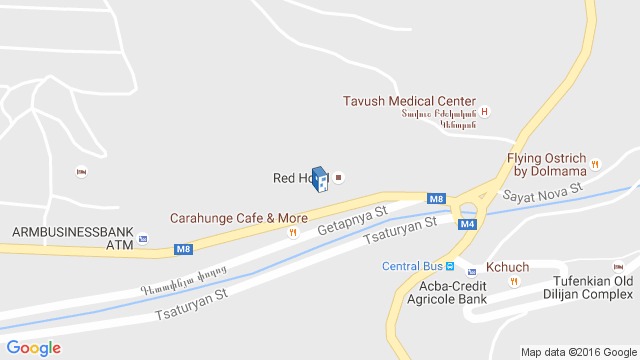 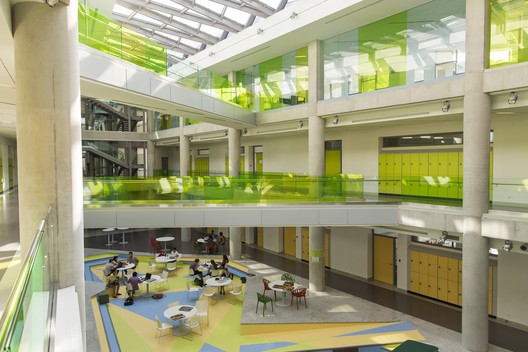