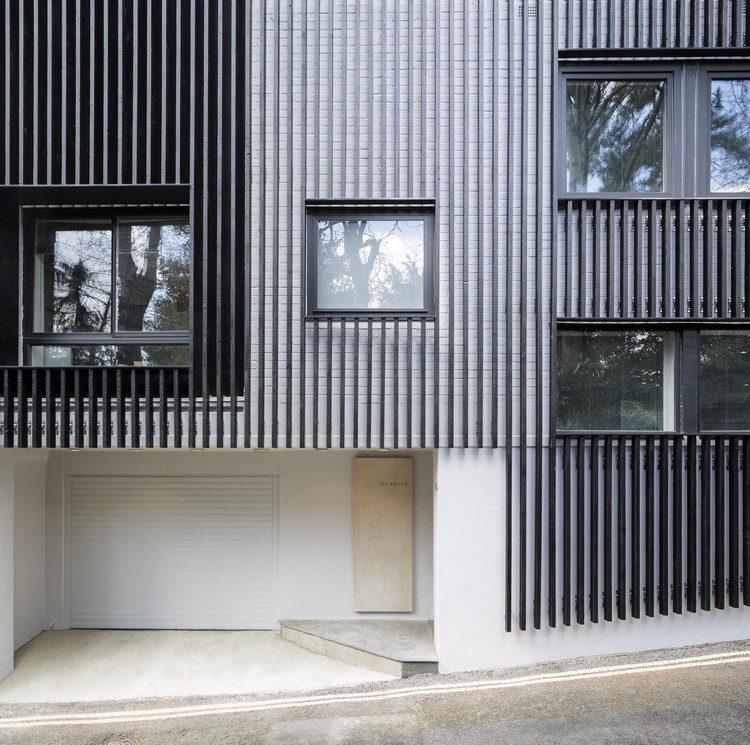 Text description provided by the architects. The Invisible House next door reflects the living trees in Waterlow Park opposite and the house backs on to Highgate Cemetery so our proposal plays on this context.

Rather than reflecting the living trees, we decided to use wood that had been ‘traumatised’. This wood, as dead as we could make it, reflects our clients’ interest in the macabre drawing on the ambience of Highgate Cemetery. The heavily charred larch fins creates an interesting counterpoint to the Invisible House that ties the two buildings together.

The fins are fixed to the facade using galvanised top-hat brackets and glued in place. The fronts of all the timbers are in one plane to unify the facade so when viewed from up and down the street, the elevation appears closed, but on moving past the house the differing depths of fins reveal the ghost of the original articulation of the dwelling behind.