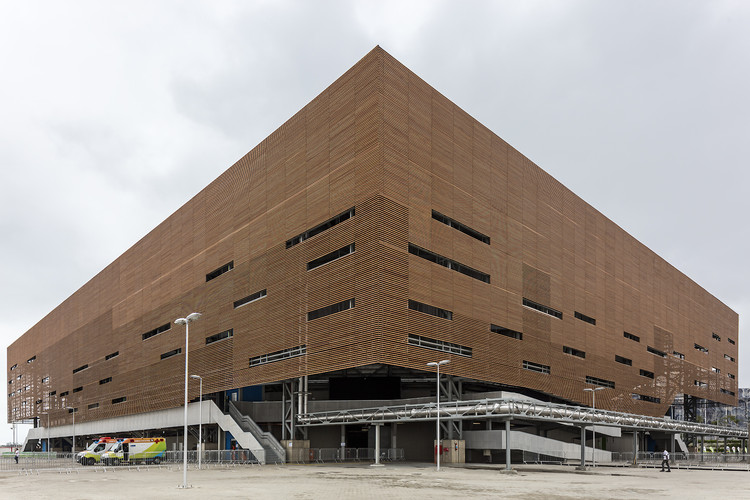 Text description provided by the architects. This architectural project, developed for the venue that will host handball games in the 2016 Olympics and Goalball games in the 2016 Paralympics both to be held in Rio de Janeiro, has the target to search for suitable solutions in diversified interfaces in the complex system composed of sports equipment for the games and its legacy. Unlike other arenas located in the Olympic Park, this Olympic arena right after the games will become four public city schools. Therefore, the team has developed such a building that could prioritize in its construction concepts like flexibility, mutability and adaptability.

The core of the project consists of an octagonal area, where the games will be played, and its stands. There is also an independent and temporary metallic structure. It has an octagonal shape so that this structure can adapt to several spatial organizations which favor economicity and the possibility to reuse modular structures in order to build four schools in the city of Rio de Janeiro.

Among the structure compounds, we highlight the presence of a building skin composed of brises made of recycled wood enveloping the building. This system is intended to filter external light and absorbs the landscape silhouette showing the geographic fluidity of the environment.

It is fundamental to emphasize that the project for this Arena must not only be understood as a mere sports venue but also as an area that offers a rich capacity of transformation. We might state that its mutability is an important legacy for the city. 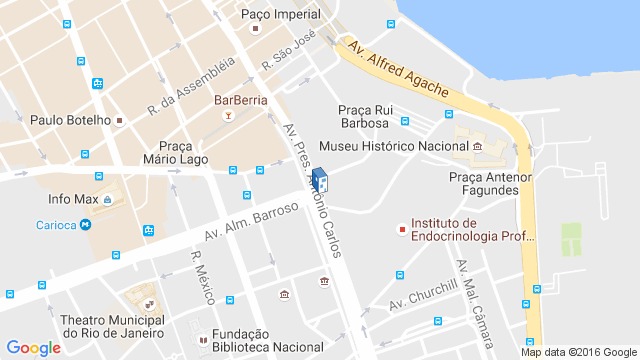 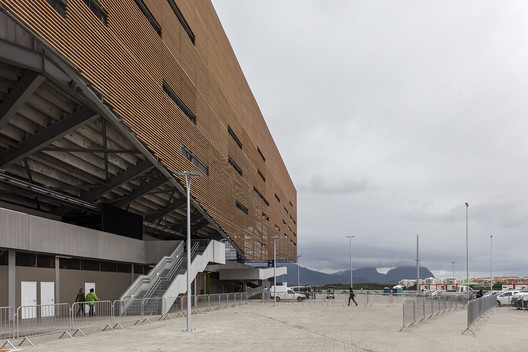 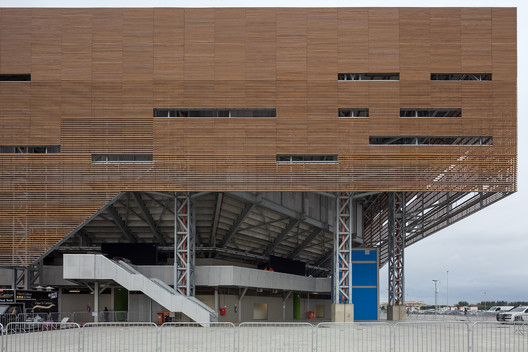 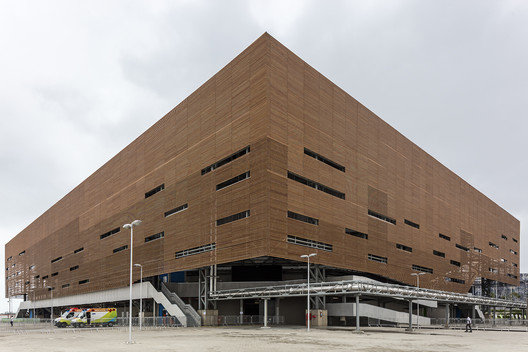