A few years ago, Chinese company Shenzhen Huashi Future Parking Equipment envisioned a unique solution to address congestion issues spurred by rapid population growth in many of China’s cities: a straddling bus that would bypass traffic by simply driving over top of it. The design captured the attention of people worldwide, though many were skeptical the idea could ever come to fruition. But now, that pipe dream has become a reality. 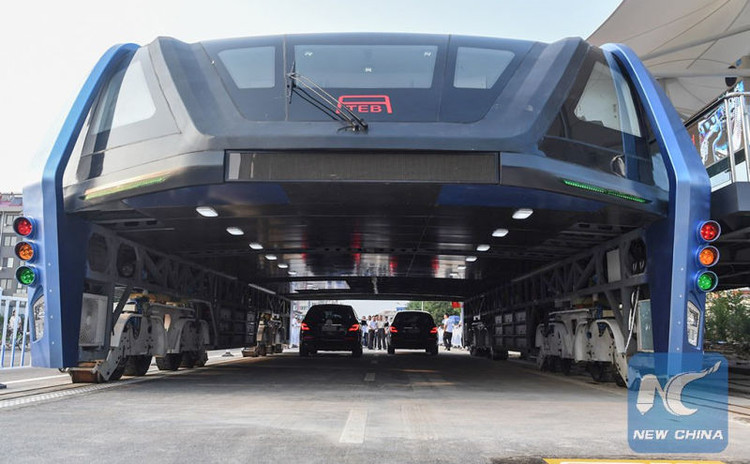 A real life version of the Transit Elevated Bus (TEB) has began testing in Qinhuangdao, China. The bus, measuring 72 feet long by 25 feet wide (22 meters x 7.8 meters), has the potential to carry up to 1,200 passenger at a time at estimated speeds of 40 miles per hour (60 kilometers per hour), increasing transportation turnover at a fraction of the cost of installing a new subway or elevated train line.

But the TEB isn’t ready to deal with competing traffic just yet. For now, the TEB is limited to a 300 meter long test track that will evaluate the braking system, drag and power consumption. Once complete, the straddling bus will move on to further testing stages.

Despite it still being an unproven system, the TEB has already attracted interest from countries from around the world including Brazil, France, India and Indonesia. 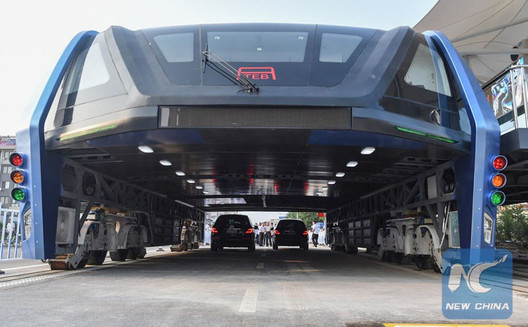