Save
Art and Architecture: "Original Framework" by Miguel Losh
Share
Or
Copy 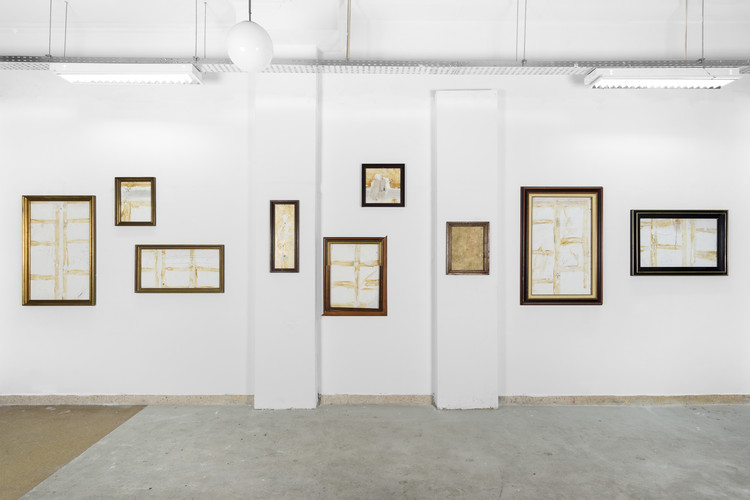 When faced with a wall with over 30 years of history, rather than paint it white, as we usually do, Michael Losh shared with us his idea to take the memory of their collective studio and frame it, creating a dialogue between art and architecture.

We had this big naked wall with approximately 7m width and 3m height with all the remains still stuck to it after the first construction in our collective studio in Lisbon.

The first idea was simply to recover the look and paint it all in white, and then think about how to decorate and intervene on it. Then with a closer look, we realized the wall had several original records written in pencil that combined with the stone and glue, not only should be preserved but highlighted because it ́s an original memory of the wall built over 30 years ago.

So we picked several canvas, studied the best position and painted all in white except the canvas areas. The result is the transformation of an ordinary and "noisy" wall into an original artwork.