Save
Power to the People / Street Monkey Architects 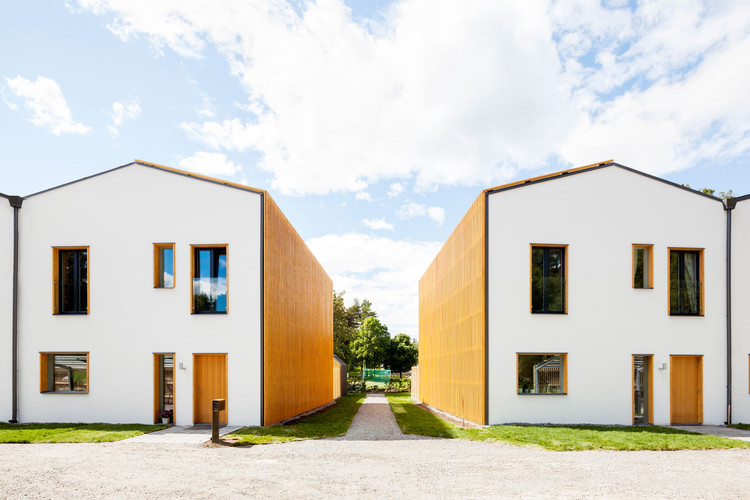 Text description provided by the architects. Power to the People is a 0-energy project composed of seven solar-powered rowhouses. Each flat has its own articulated south-facing roof and the maximum number of solar panels allowed by the municipality.

The building site is flanked by two dead-end streets that are running in an east-west direction, which meant that if the houses were to line the existing streets then half of the flats would have a north facing terrace which is clearly undesirable in a nordic climate.

So we created a small “alley”on the site. The alley is on private property but left open for pedestrian connectivity. it connected the two dead-end streets which not only increased pedestrian activity in the neighborhood but also opened up the property and the neighborhood to the hiking trailheads that are adjacent to the site. This alley allowed the rowhouses to be oriented in a north-south direction which gave all of the flats west-facing terraces with afternoon and evening sun.