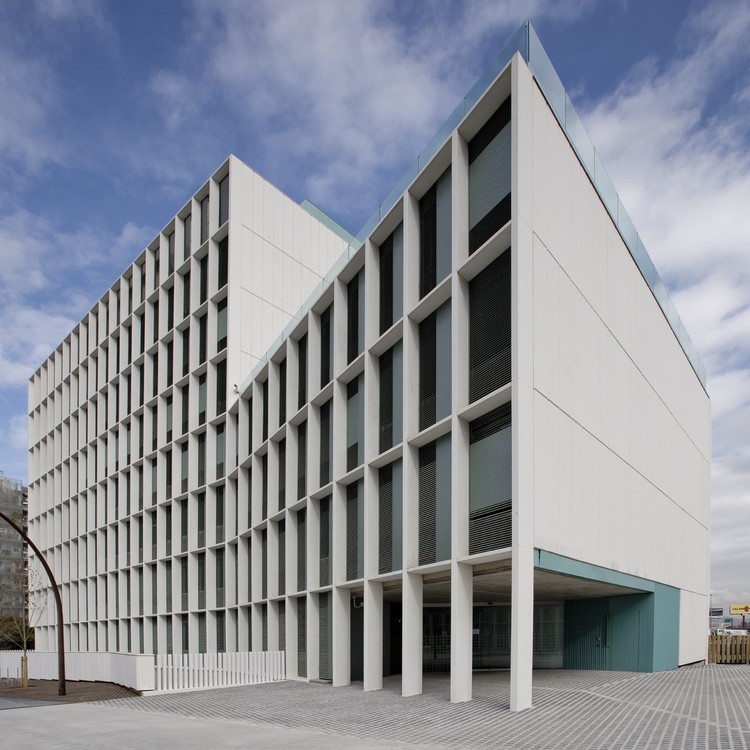 Text description provided by the architects. The new Industrial Engineering and Innovation Campus of the Polytechnic University of Catalonia is built beside the Forum area, between Carrer Taulat and the Ronda Litoral beltway. The Urban Improvement Plan for this sector is organized on the site around a central axis parallel to the sea, with the various campus buildings to either side. Our project centres on two of these buildings, which face each other, building C laid out along Carrer Taulat and building I on the Ronda Litoral side. Both are designed to house research areas and comprise lecture rooms, laboratories and offices. Though the built volumes of the two were fundamentally different, we decided to unify the design by organizing both floor plans according to an identical sequence of bays: a central bay for entrances and services, and two side bays of different widths, one smaller for offices and one larger for laboratories. In building C, the sequence is laid out perpendicular to the street, whereas in building I it is parallel, calling for another bay separated from the others by a courtyard that provides lighting and ventilation. Having decided the functional order of the buildings, we seek for a homogeneous façade system to meet the requirements of insulation and structure.

We therefore designed a structural façade, made of prefabricated concrete that also provides solar protection in a way similar to a brise-soleil. The glass façade is drawn back to generate an interstitial area, providing shade and ventilation. The use of mass-produced structural ribs allows a highly versatile internal division that will adapt easily to any variations of programme that may be required. This system of structural façade is used in the longer façades of the volumes, which are obviously the bearing structures. The solution used in the end walls is a unitary coating with no windows. These walls only open on the ground floor, where they are braced to create entrances to the building. These are the main entrances on the central avenue and secondary and service entrances on Carrer Taulat and the Ronda. The inner courtyards are also addressed as structural façades, allowing the building to descend a floor to the basement, where some of the more complex uses are housed. 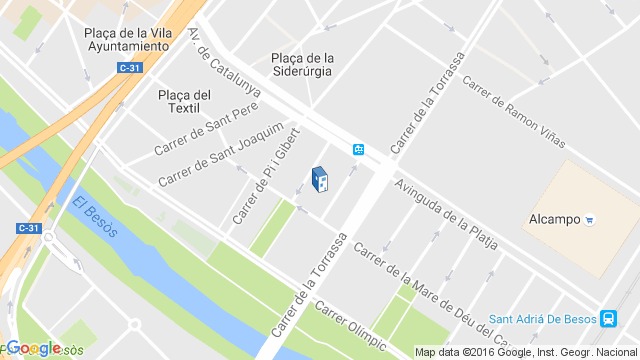