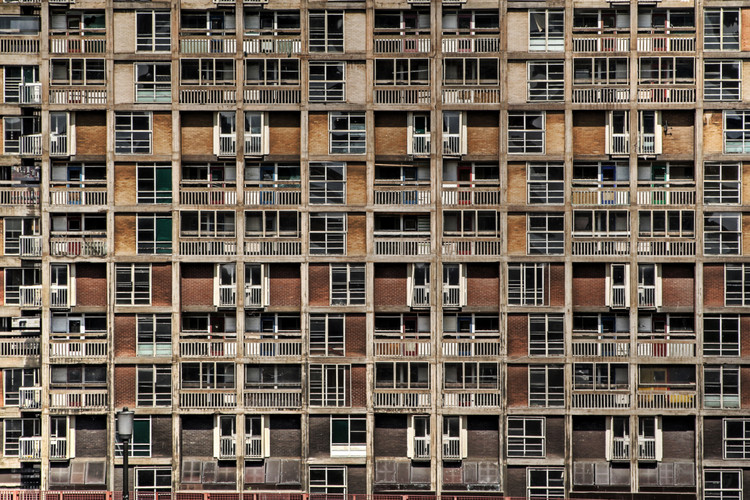 The site was, in many ways, the perfect incubator for an ambitious housing scheme. Its elevated position would afford residents sweeping views and fresh air. Given the prevailing south-westerly wind, the estate would also largely escape pollution from the heavy industries to the north-east. The city center is just a short walk away, allowing residents to quickly commute to work without having to rely on public transport. Furthermore, the geological makeup of the area was such that it could bear the heavy load of a high-rise development. This choice of location may also have been influenced by housing projects abroad; in 1954, Womersley took several members of the Council Housing Committee on a tour of Western Europe to study high-rise developments on the continent. One of his travelling companions was Councilor Lambert, who later described how “the building up of hill-top architectural compositions is gradually producing something of the fascination of the Italian hill towns.”[2]

Park Hill comprises four residential blocks linked by high-level bridges, alongside an extensive ground-level development of shops, pubs, laundry rooms, a playground, and a school. The structure of the residential blocks, which range from four to fourteen stories high, is a grid frame of reinforced concrete infilled with brick. The exposed frame creates a mosaic of brick panels which progressively change in color from purple to terracotta, red and cream.[3] This design detail was recommended by Constructivist artist John Forrester, who had been brought in as a collaborator on the project after Lynn had chanced upon some of his constructions in a gallery and noted certain parallels between Forrester’s work and his own.[4]

Writing in 1961, Reyner Banham distilled the character of the newly-built estate into a single word: unity.[5] In plan, the residential blocks appear to be distinct; in reality, they function as one cohesive building. This cohesion is largely due to the groundbreaking system of pedestrian navigation and circulation for which the estate gained widespread recognition and of which it ultimately became paradigmatic. The architects created what would become known as ‘streets in the sky;’ decks ten feet wide which stretch the length of the blocks and from which apartments are accessed. With the exception of the uppermost street, each run down to ground level at one or both ends. Much like a traditional road network, the streets offer extensive freedom of movement and, together with the bridges, are designed to bind the separate apartment buildings together to create a unified whole.

The estate was designed to replicate the strong sense of community found in traditional British housing; the decks emulate the social function of the alleyways between terraced miners’ houses found in Lynn’s hometown of North Seaton.[6] Shielded from the elements and generally traffic-free, it was correctly predicted that they would be used as areas for children to play and housewives to socialize. The generous width of the decks also allowed small electric milk floats to drive through the streets and make deliveries directly to residents’ doors. By encouraging interaction along the horizontal axes of the estate, the architects avoided the problem of social isolation often experienced by residents of high-rise buildings. In referencing familiar architectural traditions and social spaces, they also eased the transition for those who moved into the estate from terraces elsewhere in Sheffield.

To create a sense of continuity and stability, neighbors from the demolished Park slum were rehoused in adjacent apartments in Park Hill, and the streets were even given the same names as those which they replaced. The strong community ties within the estate were one of its resounding successes, with various tenants’ associations springing up to organize, as Lynn recounted, “fishing trips, treats for old folk, dances and a host of other social activities.”[7]

The composition of the residential blocks also strengthened this community spirit. A single roofline was maintained throughout the estate, with the height of blocks varying to accommodate for the sloping site. As a result, residents looking out from the street deck see another block at eye-level with their own; a visual metaphor for the purported egalitarian nature of social housing. The blocks form a wall along the western edge of the site, creating a boundary between the estate and the city center as if to demarcate Park Hill’s territory. The blocks sprout eastwards from this wall, cradling the ground-level amenities to create an atmosphere of seclusion and security. The area encompassed by these curved limbs increases in size with the height of the blocks in order to aid air circulation and avoid any sense of claustrophobia.[8]

Lynn and Smith drew up the initial designs for Park Hill in just six weeks, a remarkable feat for a development which included 995 flats for 3,000 people. The speed of their output can be at least partly attributed to the fact that they did not draw up a complete architectural elevation for the residential blocks. Instead, they focused their efforts on creating an H-shaped template, comprising four apartments, which could be replicated in various configurations across the site; an architectural mass production. The deck forms the crossbar of the ‘H’, providing access to two apartments below and two maisonettes above. This configuration meant that streets only needed to be placed every three stories, thereby cutting down on both cost and construction time.

Parallels have been drawn between Park Hill and Le Corbusier’s Unite d’Habitation in Marseilles, which had been completed in 1952 and which also included an ingenious corridor access system on every third floor. Lynn acknowledged that the impact of the Unite d’Habitation was far-reaching[9], but this was by no means the sole, or even primary, source of inspiration for Park Hill. The concept of ‘streets in the sky’ had been championed by Alison and Peter Smithson, who had taught Lynn at the Architectural Association and who would later employ the system to great effect at their Robin Hood Gardens estate in London.

Upon its opening, Park Hill was lauded as a breakthrough in social housing design. It was the subject of multiple films, gaining widespread publicity through a three-part documentary broadcast on national television, and many architects made pilgrimages to Sheffield to study the estate. Nevertheless, its heyday was tragically short-lived. Many of the ensuing problems were structural: the concrete rapidly spalled, the Garchey refuse system installed in the apartments proved prohibitively expensive to operate, and residents complained of insufficient sound-proofing. The real downfall of the estate, though, was brought about by the collapse of the steel industry in Sheffield in the 1970s. Park Hill was home to many steelworkers, and mass unemployment caused a huge surge in crime within the estate, which soon became dilapidated through vandalism and neglect.[10]

Despite repeated calls for the estate to be torn down, in 1998 English Heritage controversially awarded it a Grade II* listed status, thereby making it Europe’s largest listed structure. With the estate protected from demolition, and lacking the funds necessary to renovate the estate themselves, in 2004 Sheffield City Council awarded a contract to developers Urban Splash to regenerate the site. The ongoing extensive redevelopment work involved the removal of everything but the concrete frame. As a primarily commercial development, much of the social ethos of the original estate has been lost. Nevertheless, the apartment configuration and signature streets in the sky remain, though the latter has been narrowed in order to increase the size of the former. References to original design features are also made, with brightly colored aluminum panels replacing the brick infills. Smith described the redevelopment as “a new beginning”[11], suggesting that, even in its altered state, Park Hill continues to embody the same optimism for the future as it did when it was first built. 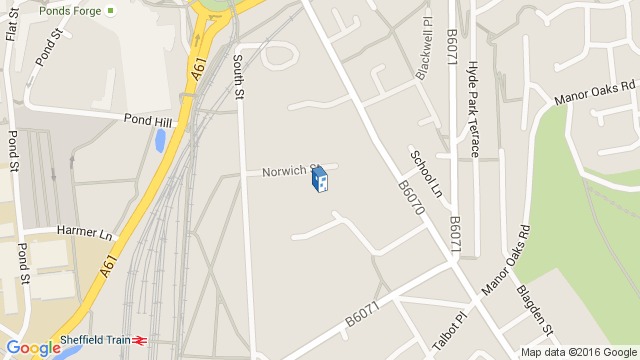 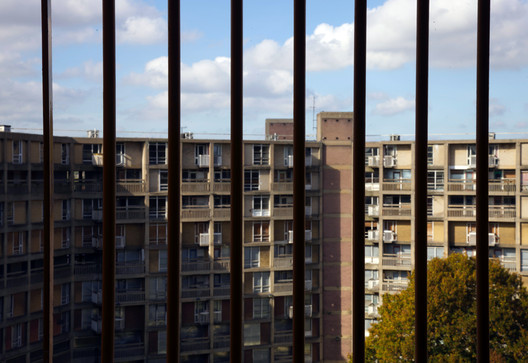 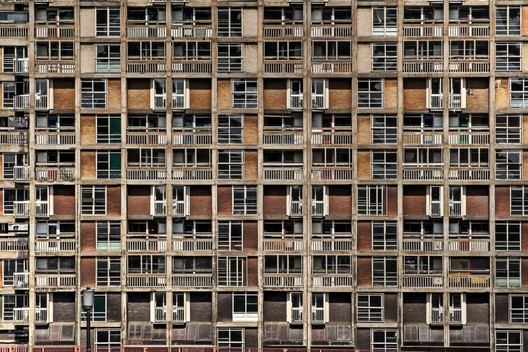