As part of an experimental ideas exhibition, Tomas Ghisellini Architects (TGA) have designed an extension to the Italian Institute of Culture in Paris. Nine Italian practices were engaged by a consortium of French and Italian institutions, and this cohesive union of cultures is mirrored in TGA's design. TGA's proposal plays with transparency and layering, with two large volumes of glass and steel referencing the "Parisian architectures of transparency," whilst displaying the excellence of Italian materiality and craftsmanship. The exhibition is being shown at the historical complex of the Hotel de Galliffet in Paris until December this year. 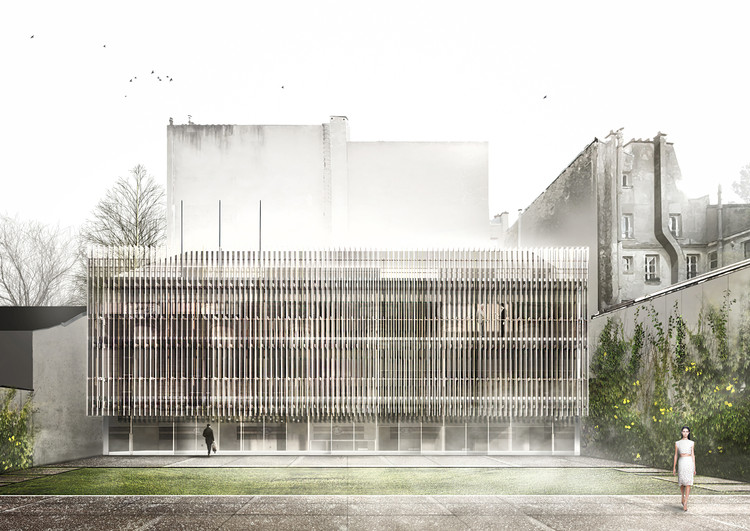 Rather than creating distinct Italian icons within the Parisian fabric, TGA proposes a scheme which is respectful and complementary to its context. The Italian influence is expressed instead through the delicacy of detailing and quality of material production, with both glass and steel manufacturing being perfected by the Italians after the techniques were adopted from the Middle East. Through its transparency and reflection, the expressiveness of the facade is mixed with the colors, characters, and forms of the Parisian architecture.

The buildings are made formed using dry construction, and are able to be reduced to their core elements and completely recycled, if necessary. Identical shading crystal slabs "build up the impression of changing, mysterious and somewhat indecipherable objects," whilst similarly referencing the Italian's perfection of crystal and glass sheeting. The glass elements, alternating in different depths and ledges, draw patterns and three-dimensional warps.

The blockish nature of the two buildings is offset by the softness of these smoked amber glass elements. To further integrate the buildings into their surroundings and respect the heritage of Paris, the rhythm of the vertical facade lines align with the facade features of the seventeenth, eighteenth and nineteenth-century buildings that are still visually present in Paris. The balcony positions reference the Parisian railings, and the crystallized nature of the facades reflect and obscure the buildings around them, creating "particle images" of the neighborhood.

By day, the buildings will absorb the skies and colors of Paris, at night, they will become amazing lanterns of soft light explained the architect. 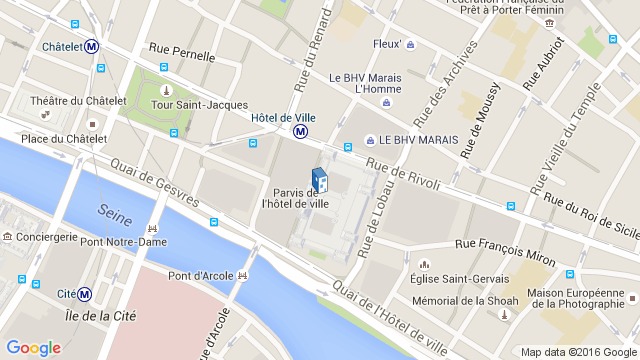 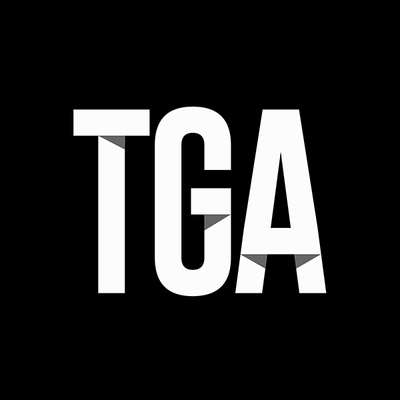