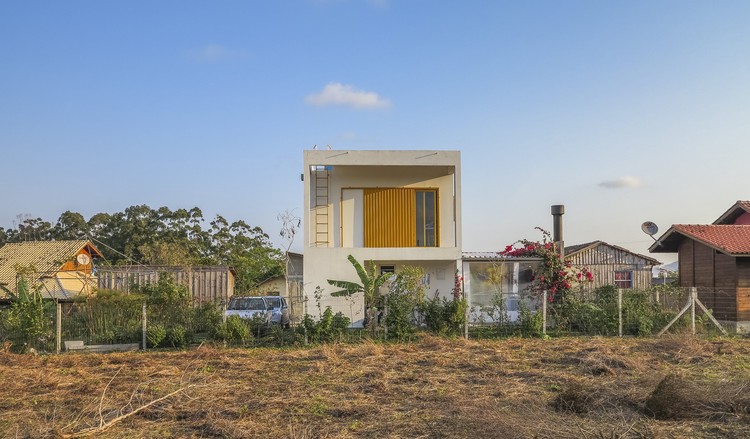 Text description provided by the architects. Located in Florianópolis in the state of Santa Catarina, Brazil. The house of Owls was built on a flat land between the Lagoa da Conceição and the beach of Moçambique in São João do Rio Vermelho neighborhood. The beach dunes are the natural habitat of the burrowing owl, for this reason the house got its name, because it is frequently visited by them.

The house has a built area of ​​94 m² and is designed to be the beach house of a young couple of architects. Like many of the architectural projects, the budget was a major limiting factor for the amount available for the construction was R$ 60,000.00. Thus, a minimum needs program was adopted: living room, kitchen, bedroom, bathroom and laundry area. The double high ceilings in the living room integrates environments and provides greater spatial extent, in addition to receiving the shelf that accommodates the owners` record collection and library.

With minimalist formal intentions, sought to rationalize the building, as proposed by Le Corbusier at the Maison Citrohan. In The project nothing was by chance, the garden terrace, for example, which is accessed by a ladder type sailor, allows views of the Lagoa da Conceição where you can enjoy a beautiful sunset.

The construction system used predominantly was the brick masonry. But the materiality experimented with different compositions such as reinforced concrete, used on the stairs and in some walls and beams and light wood frame run on the front wall, which received as external lock corrugated metal sheets and OSB as an internal closure, the aesthetics of materials in its raw state was used.

The choice of building systems and materials, were chosen taking into account the availability of local services near the building and also the constructive field of local builders.

In order to reduce environmental impacts, we used an evapotranspiration bed as an option for the treatment of residence sewage, this system treats the wastewater on site and also allows the use of these water pollutants in the form of inputs for crop production returning them, purified to the hydrologic cycle. 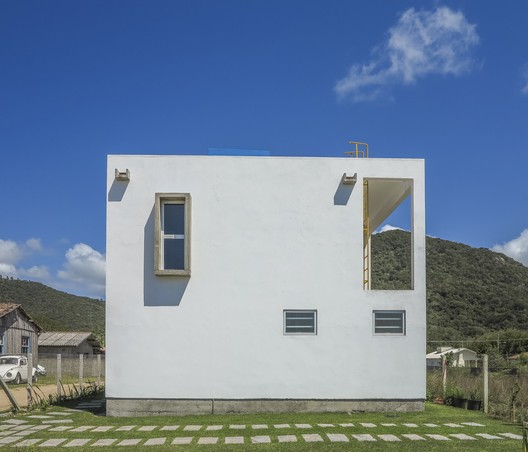 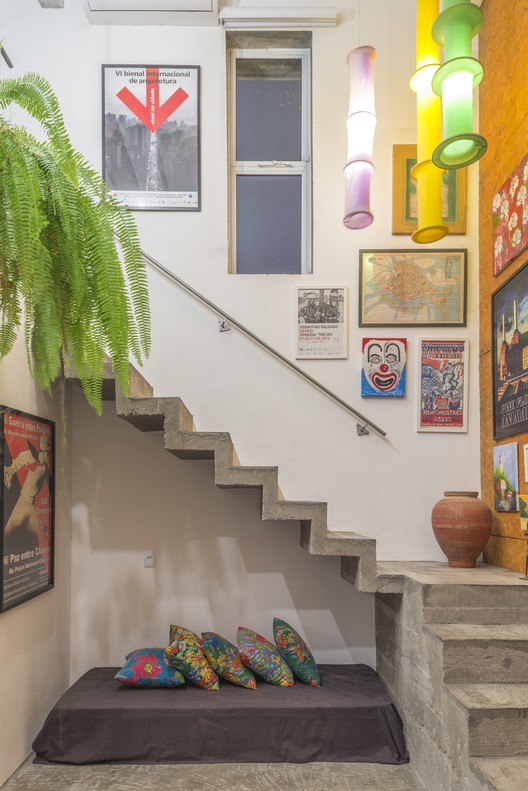 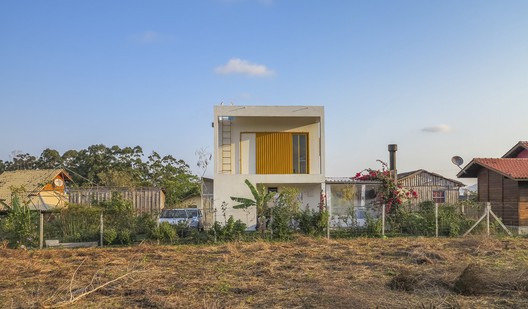