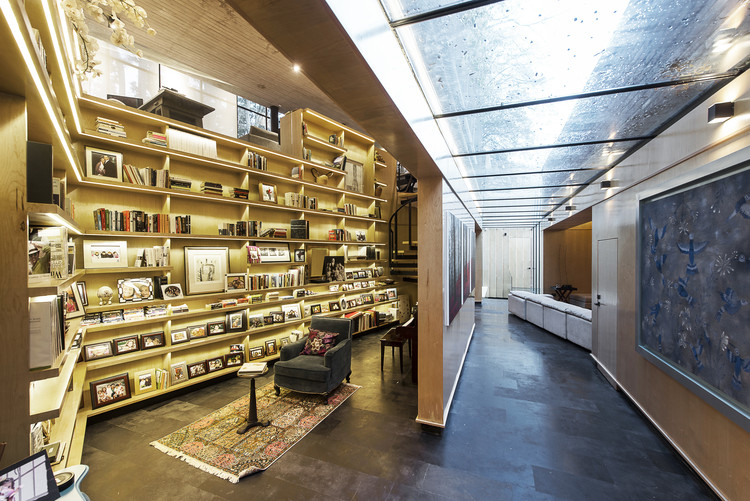 Text description provided by the architects. The project is an extension to the existing house, this element linking conceptually by a glass element, with two new volumes, the rooms and private areas.

The project respects the existing front of the house, with his own appearance, to integrate the program creates two volumes of irregular floor playing with the topography as much as possible to avoid the need to dig, these volumes have vertical walls coated quarry material for dialogue with the existing house but giving it a much more modern application, the application of vertical slabs that create a rhythm and fold creating an interesting play of shadows. The facade at street level is finished steel sheets that serve as rusty doors in the parking area and as a coating on the entire front wall, excluding the main entrance arch and continuing after that. Everyone respected volumes posed regulations do not constructible distances in front and the boundary, similarly respected radius 4.5 meters distance from existing trees to ensure they are not damaged during the construction process.

Current construction using the existing walls and interior finishes are renewed, but keeps the current state of the facade facing the street. In the rear, the volume intersects diagonally to make way for the circulation of the project.