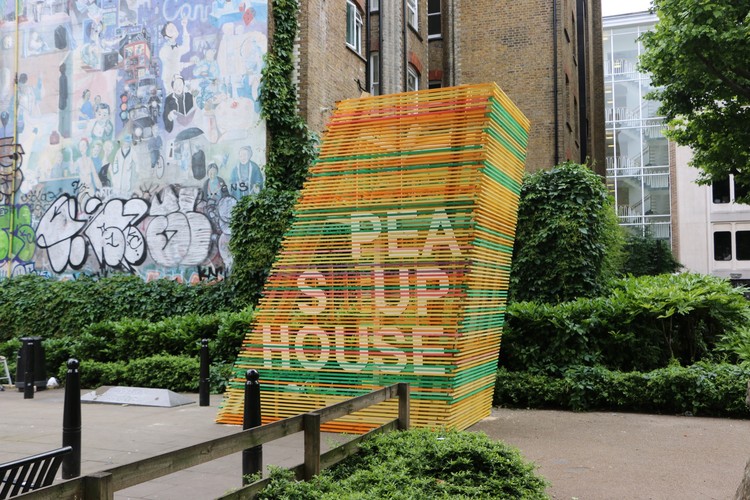 Text description provided by the architects. A young team of six architectural designers from Feilden Clegg Bradley Studios won an open call competition released by the RIBA (Royal institute of British Architects) to rethink or construct community within the built environment. The team developed a proposal for the mobile installation now known as ‘Pea Soup House’.

London’s air was once described as ‘thick as pea soup’ during the industrial revolution and Londoners were known as ‘Pea Soupers’. In 1952 11,000 deaths were attributed to poor air quality. Today is not much better. The Pea Soup team aims to ‘construct communities’ by bringing them together through food whilst creating awareness of air pollution in cities, specifically London.

Pea Soup House serves daily soup that reflects the Air Quality Index (AQI) of that day – 1 being pea soup (green and good) 10 being bad (beetroot soup), and are collaborating with King’s College who monitor air pollution throughout London.

Pea Soup House is part of a much larger exhibition called ‘At Home in Britain’ and part of the London Festival of Architecture 2016. It is planned that the mobile installation will go ‘on tour’ to other locations within London to help raise awareness of poor air quality within the city.

Pea Soup House is just the first step. The team aim to develop their research into answering the question of how our built environment can help reduce air pollution and increase our health and well-being. 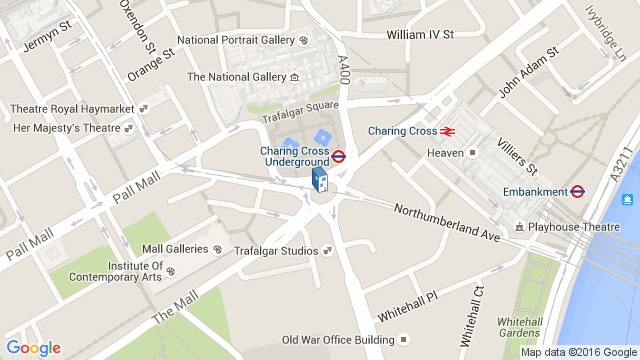