Text description provided by the architects. Airport Pavilion is part of a series of 12 urban pavilions we designed for Hyundai, comprising a showroom and an exhibition area. Three themes guided the process: for the city, the building as an installation; for the architecture, the program flexibility; and for the construction, a reproducible pattern of technology. This pattern is, indeed, the series’ unifying element, transforming a technical problem into a language element. More specifically, a transparent volume assembled from the junction of steel profiles and frameless glass. A reduction, so to speak, where a large volume consists of few materials.

For the Airport Pavilion, we worked with two overlapping boxes: one in glass, which contained the exhibition area, and the other as a kind of second skin which acts as a brise-soleil at the same time, thereby enabling the required transparency for the functioning of the showroom. This skin is defined by a system of elevated walkways which, at the same time, define the facade’s dynamic lines, as well as set a promenade from which the interior can be contemplated.

The building is located on a major expressway access to Congonhas Airport, Sao Paulo, and the possibility that it would only be seen at speed led us into thinking of creating it as a linear floating on the landscape. An installation, so to say, which, seen from the public space, forces the architecture to go beyond its function and presents itself to the city as a unique building.

The internal area is composed by a main empty space and a secondary one connected by an entrance hall. Involving them a walkway - facade elevated at variable heights from the ground holds a system of vertical metal sheets distributed along with variable spacing betwen them, based on a mathematical model, on its surface. These sheets act as a brise-soleil, as well as protecting the walkway from the road’s space.

The project consists of a linear body 72.00m long, 22.30m wide, and 10m high. It is supported by 350mm x 350mm square tubular section steel columns, spaced along  the axes varying between 4.80m and 9.60m, recessed 3.70m in relation to the front facade and 1.50m in relation to the rear facade. W530 x 85 laminated steel beams surmount both openings, creating the required support for the light metallic sandwich panel roof by keeping it suspended, as well as and the support for the second skin defined by the front walkway and the rear facade.

The front walkway is anchored to the roof structure by 100mm x 200mm square tubular steel profiles with 4.80m spacing between the axes. A 300 x 200mm rectangular tubular beam creates the support for the walkaway`s floor which is made from a perforated steel sheet.

Pavilions are part of an architectural culture of works that are distinguished by the space volume they hold and not necessarily by the program they harbour. They are works made for no one as they are intended to withstand their use and change with time. This flexibility bestows upon architecture the responsibility to survive by other means if it makes sense, but their part in history cannot be determined. 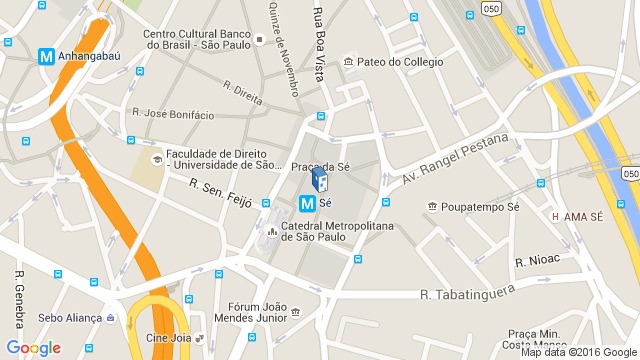 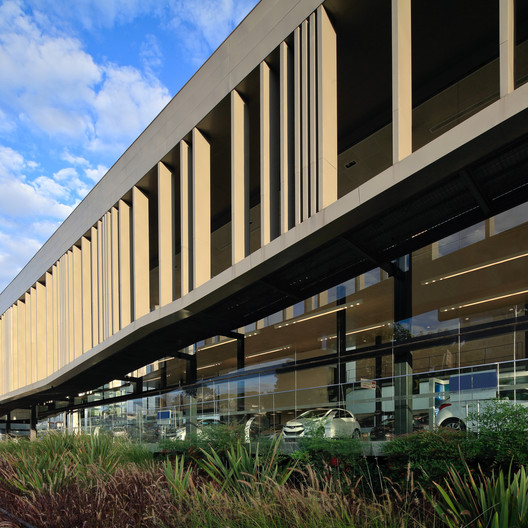