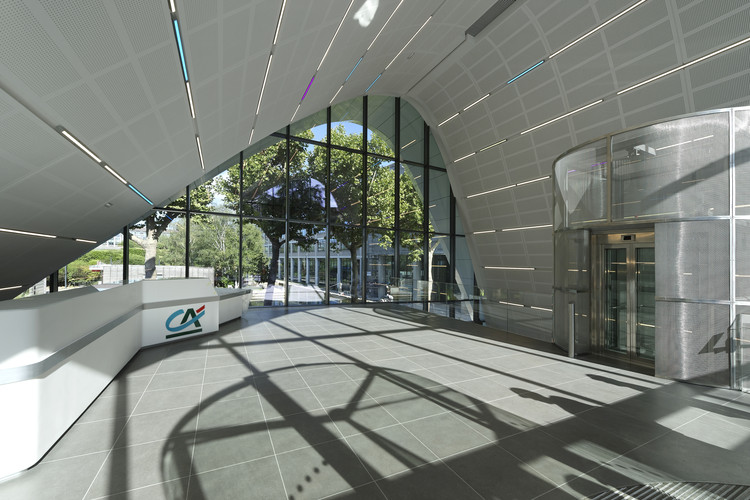 Text description provided by the architects. Right at Paris’ doorstep, the Evergreen Campus hosts the Crédit Agricole’s head office. Multiple corporate entities share this space; the entire campus revolves around a central park that acts as its green lung.

The reception pavilion spans on 600 m2 and two levels. A familiar landmark for those who work on the campus, it also helps visitors find their way more easily. This architectural structure opens the campus to the city and is in line with the site’s environmental vocation. Nine bending radiuses were necessary for the metallic exterior’s complex design:

- The “comma”, that protects the personnel’s entries with its porch;

- The pavilion in itself, mostly glassed, by which visitors enter the site at street level and can access the campus at the first level inside.

The building manages to cohesively blend its contemporary and elegant design to create a welcoming atmosphere in a fully functional environment.

At campus level a space that is largely open to the park can be used to host temporary exhibitions. It is also able to receive an audience, as was asked by the Montrouge municipality.

The building’s clear and bright tones express its modern, rigorous and masterful craft.

The pavilion renews the site’s image, becomes the Evergreen campus’ store window and expresses the Crédit Agricole’s values of innovation and efficiency by displaying its architectural boldness. 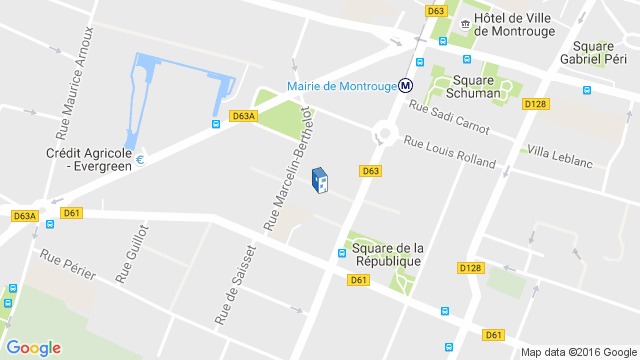 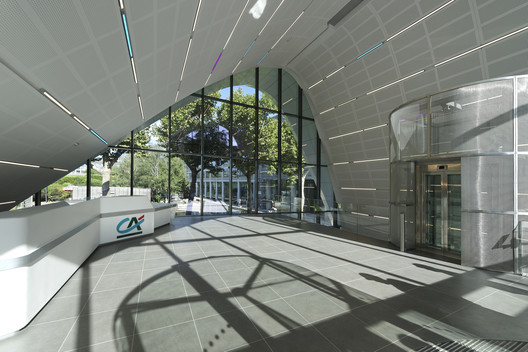