Today, one of Richard Meier’s most notable and acclaimed residences, the 1973 Douglas House, has been named to the National Register of Historic Places, the federal list of cultural resources worthy of preservation across the United States. The announcement comes after an extensive renovation to the property was completed in 2011, and will grant the home the legal status to help ensure the building is maintained for generations to come. 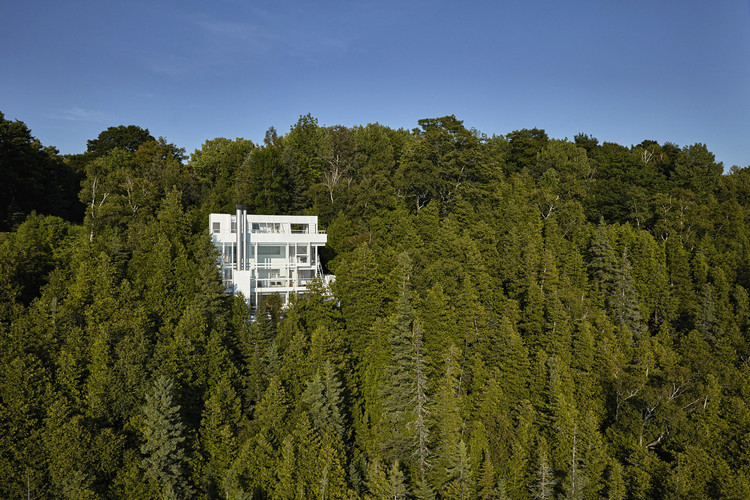 Like many of the great residences throughout history, the Douglas House was born out of a fruitful architect-client relationship. The original owners contacted Meier after seeing one of the architect’s earliest designs, the Smith House, on a magazine cover, and together they worked to find the perfect site for their new home.

“One day I received a letter from a Mr. and Mrs. James Douglas inquiring if I would sell them the blueprints for the Smith House,” explains Meier. “I replied that while I was not prepared to sell the drawings I would certainly be willing to design a new house for them along similar lines. They accepted, and I started designing a house for a site that they had purchased in a residential subdivision in northern Michigan. As it happened, the developer who had sponsored the subdivision insisted on reviewing the design of any house that would be built within its boundary. He asked me to submit photographs of my work, whereupon he immediately refused to permit a house designed by me since it did not have the prerequisite classic pitched roof. To my delight, the Douglases responded to this impasse by promptly selling the plot and looking for another site, and that was the beginning of a very gratifying collaboration.”

Together, the team discovered a dramatically sloping site on a forested cliffside near Harbor Springs, Michigan, that had previously been deemed too difficult to build upon. Meier rose to the challenge, proposing a 5-story wood and steel tower house painted classic Meier white to act as a foil for the natural surroundings as it rises out of the treeline. So steep is the slope down to the Lake Michigan shore, the 4,500 square foot (418 square meter) house must be entered through a flying bridge connecting to the top floor of the residence.

The Douglas House’s eastern facade, facing the road, is largely an opaque surface punctured by square apertures and horizontal strip windows. This opacity is the set up for the house’s grand reveal: the glazed western facade featuring dramatic views of the lake and surrounding natural preserve.

“Usually when people enter a house, they expect the outside to be brought in, but in the Douglas House, the opposite occurs: you are transported outside, over the lake and into the trees,” Richard Meier explains. “Visitors all depart with an experience they’ve never had before. It is truly a house of opposites: to leave the house for instance, you go up instead of down.”

Meier also had a hand in the recent renovations conducted by current owners Michael McCarthy and Marcia Myers, who found the house on the market in 2007 in a state of disrepair, but still structurally sound. They then began the four-year process of updating and repairing the home, with utmost importance placed on maintaining the integrity of the original design.

“Reflecting on the history and the design of the Douglas House I believe the architect is really the facilitator of creating something which goes on to have an existence that is much greater than itself and has a life that is longer than any of the people involved in the creation of it,” comments Meier. “In thinking about the ideas that go into making architecture one has to think about not just the context, the circumstances of the site, its history, the surrounding buildings, the topography, and the nature of the place in the public realm, but also about what it can be, what it will be, and how it will be meaningful for future society. With all of the changes that are taking place in the world today, it is important that architecture continues to move us aesthetically, as great architecture always has.”

“We are deeply honored by this historic distinction of the Douglas House, and we are very grateful for all the dedication, care and supervision given by the current owners of the house. Michael McCarthy and Marcia Myers have returned the house to its original intent.” 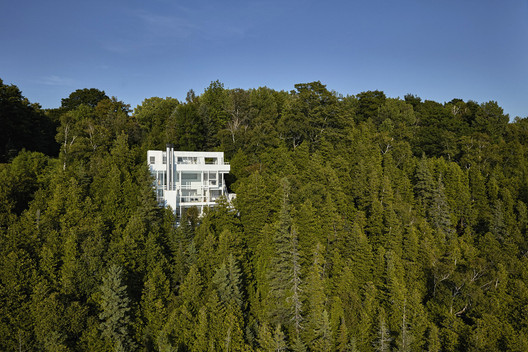