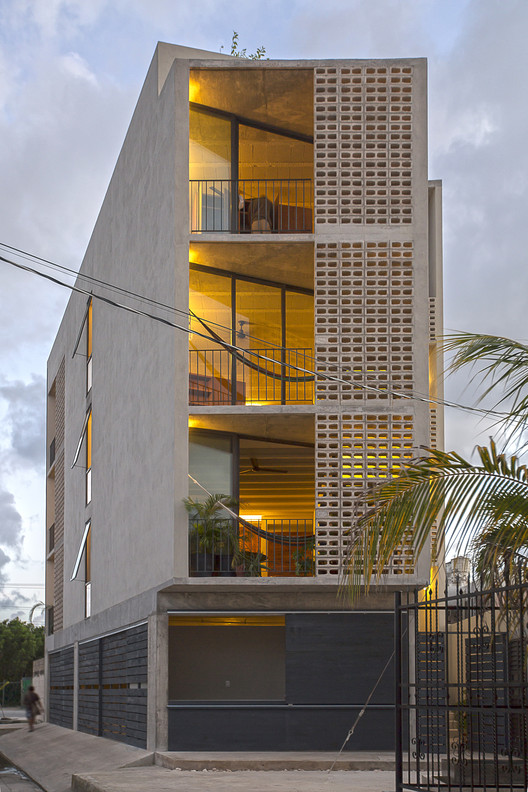 Text description provided by the architects. Donceles Studios is a multipurpose building that defies the rules of current real estate development in Mexico, because instead of being an "exclusive" development it is an inclusive project. In this case, a building with 6 flexible units of 50m2, a commercial space on the ground floor and a terraced roof for common use, serves as a catalyst to attract new people to the area (students, young couples, singles, or older people) plus it can be used as an office or work studio.

The typology of 4 levels seems very reasonable to potentiate intra-urban lots, since it does not depend on an elevator, the structure and its foundation is simple, and can generate a high density, which remains friendly to pedestrians and respects the existing urban scale.

The ideological basis of the project is for it to be a building with walls outward and not inward, ie allowing its users and inhabitants a private space, which in turn fosters interpersonal relationships not only among project users but between them and the residents of the neighborhood. The project aims to revive the concepts of neighborhood, because it is a place that allows people to meet their individual basic needs, but also invites them to go out, to live together, socialize and interact.

For this project we determined as impact zone the Matamoros pedestrian walkway, which starts on the north facade of the property and runs through 20 neighboring houses up to an existing chapel, which was respected as a limit of the intervention zone. Once we identified the area to regenerate, we implemented a participatory community action plan, from the presentation of the project and intervention of the pedestrian corridor, to considering the neighbors' opinion, handling complaints and holding neighborhood meetings.

Donceles Studios is a project conceived with the highest values of sustainability; encouraging reasonable consumption of natural resources and community relations, in a very particular context of urban working class, which breaks traditional rules in favor of its residents and neighbors. It is the result of using architecture as a tool applied to the highest standard of social responsibility: inclusion 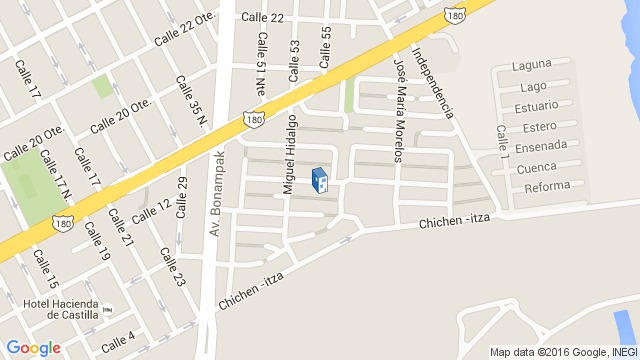