KCAP Architects & Planners has won the competition for the design of “Punt de Sniep,” an urban planning project in Diemen, a city in the agglomeration of Amsterdam in the Netherlands.

Overall, the project will consist of 165 apartments, a marina, and commercial and gastronomy functions over a total of 16,000 square meters. 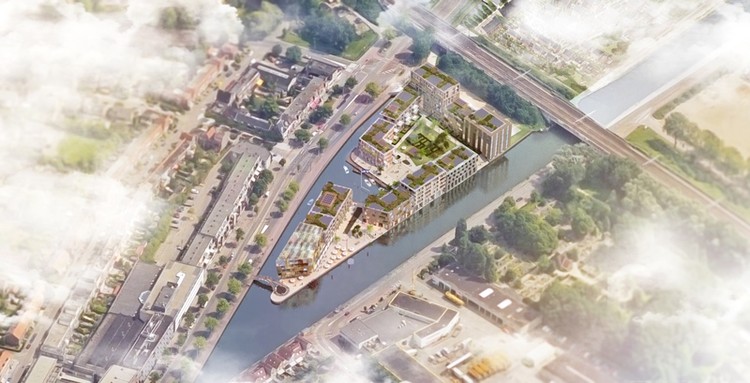 The Punt de Sniep area is located in the center of Diemen surrounded by two canals to which all buildings will have a direct connection.

In an effort to build a sense of community, the spaces between the buildings will be made into three public areas: Sniephof will feature a semi-public courtyard, Sniephaven will be a marina for recreation and a harbor for small boats, and Puntsniep—the tip of the peninsula—will become the area’s main square that connects via pedestrian bridge to the historic center of Diemen.

Housing within the project is aimed at a target group of starters, empty nesters, and elderly people. Parking for these apartments will be integrated underneath the inner courtyard. 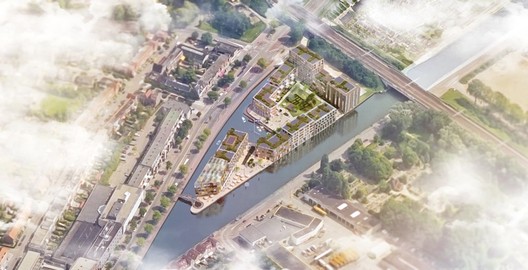