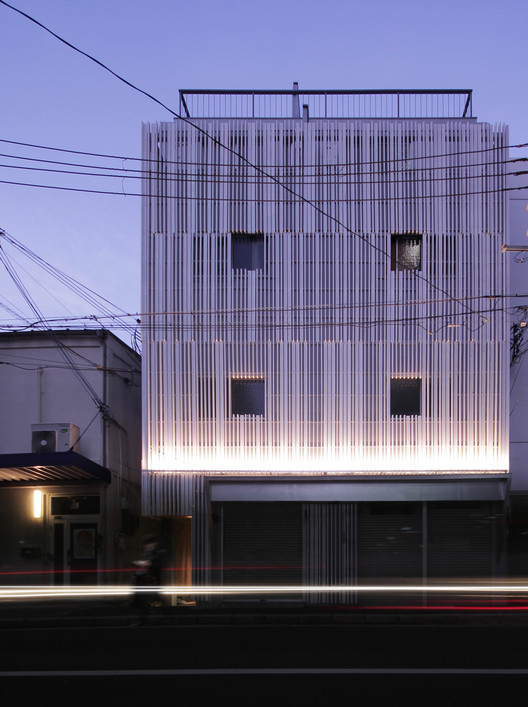 Text description provided by the architects. With a facade of white fins to conceal two stores within its base. The renovation of the 39 year old structure yields tenants, offices and dwellings which harmonize with its urban surroundings while forming an iconic presence.

This is the renovation of the multi-tenant building located in the suburb of Osaka. It contains small tenants and dwellings. The outer wall had debased, the public area has not maintained, and each tenants and dwellings has not used and unventilated. It was necessary to repair everything mostly because the existence condition was too squalid.

There are office buildings, factories and housings near the site. To the north, there is the beautiful view of green park. Though there is no buildings of parking of opposite side of south side, it was necessary to keep privacy for new architecture. Because a new apartment is planned to build in this parking site in the near future.

After part of the cement was peeling that has been removed, the surface has been carefully repaired. In addition,on the front of the building, the proposal of the facade by the vertical louvers, to act as an opposite horizontally crossing the sky went. This is not only to keep privacy is also a solution for not exposing the uneven surface and new pipes of the outer wall surface.

For the rational study, innumerable patterns of facade had simulated by the algorithm which is given the condition of aperture ratio, louver size, cost, weight and etc. I tried to lead optimum solution naturally by generating the countless patterns and piling up consideration by parametric design. Final judgement didn't depend on anyone, and was adopted most rational and efficient one from the inside of several patterns.

Each louvers has almost 2.55m long with the aspect of the 30mm thickness x 75mm depth. Vertical louvers beyond 300 are installed with directionality of the height and width with rhythmical bumps.

All of inside walls and old equipments of each room which used as office, SOHO and guest space are removed. Its old layout was planned into a big one-room style in order to correspond to various modern lifestyles flexibly.. After relocating a leaking repair and each laying of the pipes, I installed one core box which contains the bathroom, basin and kitchen. The minimal interior and the neutral design intends to grant the widest range of possibilities, and tried to accomodate the maximum diversity of modern lifestyle and social needs as possible. Louvers seen from the inside space are enabling moderate viewing and lighting.

New facade by louvers shows various expressions. By day, its linear shadow changes dramatically along with sunlight. By night, it's illuminated by an upper indirect lighting, and standing dimly in the twilight. The previous building buried in the miscellaneous environment revived with silence. 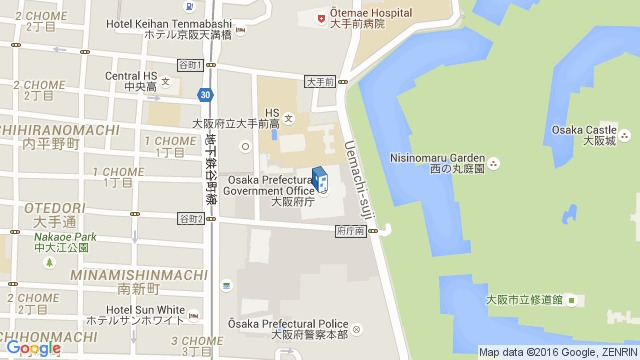 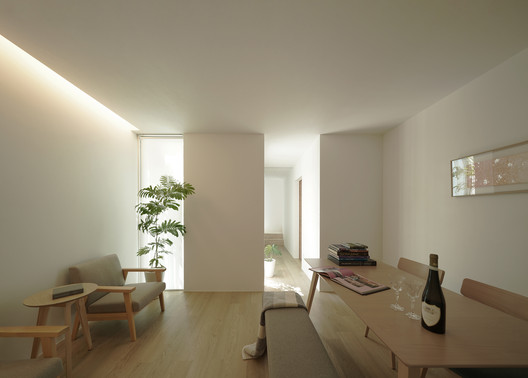