Save
Conversion of a Building / Antonio Citterio Patricia Viel 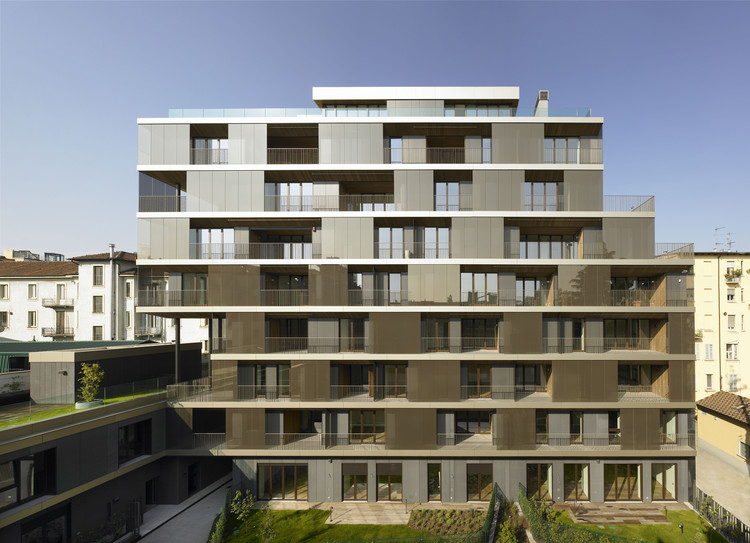 Text description provided by the architects. The operation calls for the urban renewal of the area and its conversion for residential use. The total reconfiguration of the volumes of the area has been made possible by the autonomous character of the construction, which is now an isolated building inside an enclosed garden, with walls along the street, and bordered by a transparent enclosure toward the greenery, permitting the residents to perceive it as a single green zone continuous with the Solari Park.

The main entrance remains at Via Salaino 10, a low volume that reflects the footprint and profile of the existing building, and controls vehicle access to the main volume, in the courtyard, while permitting pedestrian access sheltered by a pergola with plantings, and access to the underground garage. This building is organized with a series of patios and raised gardens that transform its horizontal levels into spaces with greenery rather than roofs, thanks to the construction of planters for small trees; the basement levels contain cellars, parking facilities and technical spaces. The facade on the street has been treated with decorative concrete, with a texture and a pattern of perforations that evoke the Liberty motifs of the finest building in the surrounding context, underlining the private residential character of the complex.

The main volume, taken to a height of 8 above-ground levels plus an attic, is aligned in height with the buildings of Via Solari and Via Valparaiso. The elevation has been completely redesigned, creating a facade with a double skin, overlooking the city with a discontinuous surface of golden bronze-tone screen-printed glass panels that protect the loggias and a continuous balcony along the whole perimeter of the building on all levels. Textile sunscreens are inserted to protect the entire volume. The detail of the continuous balcony accentuates the layered composition of the volume, leaving the metal floor-marker profile highly legible; the glass/textile exterior skin protects and conceals the perforated internal facade, with the marked recessing of the loggias.

The aim is to offer a building with an absolutely contemporary language that expresses its residential character through the apparently random composition of the decorated glass panels and the presence of the white fabric behind the glass, while at the same time offering elegant decorum in its use, thanks to the privacy provided by the set-backs in the facades and the protective screening. 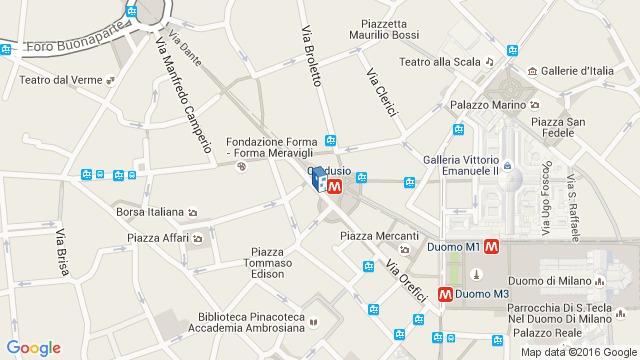