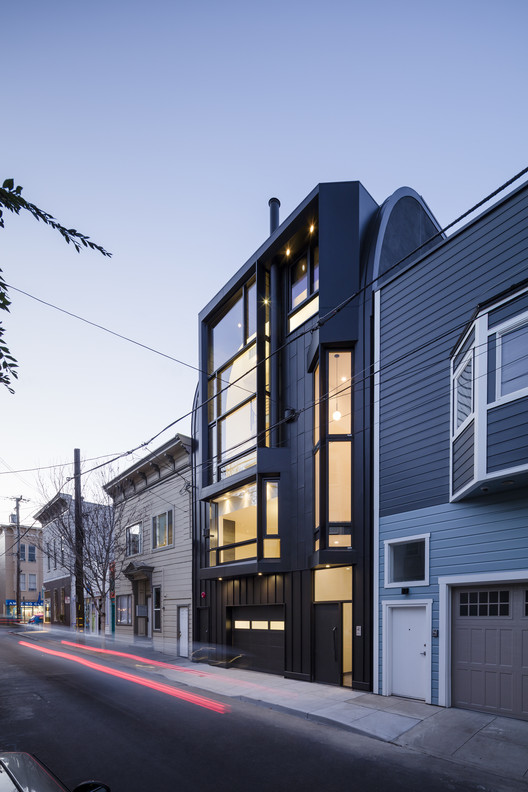 Linden Street, a back alley to Hayes Valley’s boutique San Francisco mixed-use commercial and residential district, incorporates an eclectic group of traditional one- to four-story Victorian and Edwardian houses. The immediate neighborhood, spanning from Octavia Park to cafes on Laguna Street, has been steadily transforming since nearby freeways were removed. Hired to design a speculative infill duplex for a local landowner, Stephen Phillips Architects (SPARCHS) aimed to challenge normative San Francisco housing typologies.

Notably, angular exterior metal surfaces wrap around and through large panels of glazing on the interior and exterior confounding spatial and perceptual boundaries—blurring distinctions between inside and outside as well as horizontal and vertical orientation. Designed to weather from black to soft grey, zinc panels mark the passage of time on both the interior and exterior. As a black mass, the building form is at once powerful, indiscernible, and provocatively complex, revealing itself through the perceived movement of light, shade, and shadow on its varying buildings surfaces.

A curved mansard-type roof was designed by the architect to mitigate building height while creating dynamic interior spaces. Strategically locating living spaces along the front and back of the building, open floor plans and double-height vertical circulation spaces were designed to create an open flow between rooms. Custom teak cabinetry, concrete and marble counters, bleached white oak floors, and artisan metal panels and railings—activate, warm, and enliven the interior clear through and open to the exterior urban spaces. 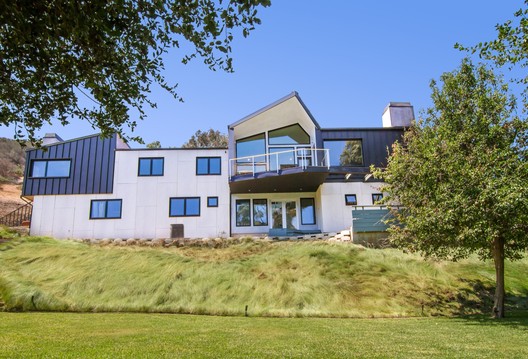