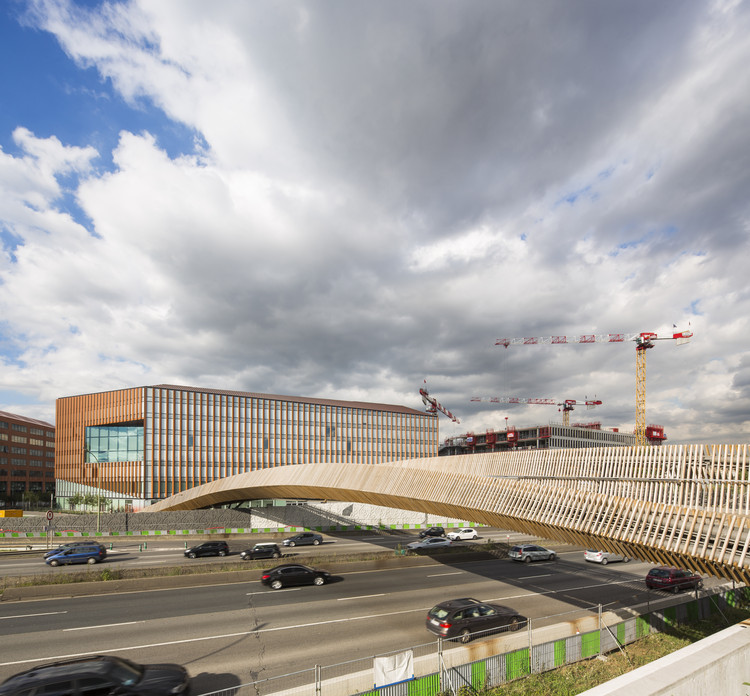 Text description provided by the architects. Simple as a brushstroke, slender in form, the Claude Bernard overpass elegantly spans the boulevard Périphérique between Aubervilliers and Paris. This arched timber structure, nearly 100 metres in length, connects the Parc du Millénaire to the Claude Bernard urban development zone, the very embodiment of an emblematic site. In this rapidly-changing district, a agship for development policy in the north-east of the Ile-de-France, o ce blocks and residential buildings rub shoulders with a cinema, a nursing home, a nursery, a school, sports facilities, a multi-mode transport hub (incorporating the RER E rapid transit line, four bus routes, and routes 3 and T8 on the tram system), a park and a

shopping centre. This developmental diversity has dictated a fresh approach to the consideration of urban density, multi-functionality and compactness, further accentuated by an overall environmental approach which is consistent with the objectives of the climate action plan of the City of Paris. One change leads to another: a change in the status of the city ring road, now conceived as an urban boulevard. The scale of this challenge was therefore to support this local dynamic through the provision of an overpass. More than just a bridging structure, this needed to be a unifying and symbolic feature. This brief has been perfectly realized by the architects at the DVVD architecture, design and engineering agency.

A technical project such as an overpass involves constraints which are not run-of-the-mill. The requirement for the least possible disturbance to vehicle tra c, for example, dictated an unusual installation procedure: once the pile- mounted abutments with their associated stairways were in place on either side, the central section, fully- tted with its timber cladding and decking, was mounted on its permanent supports in a single night. This arduous operation involved the deployment of a mobile crane of exceptionally high capacity, of a virtually unique type in Europe. This crane was positioned on the outer Boulevard Périphérique,  tted in record time with the numerous counterweights required to increase its load-bearing capacity, completed the lifting operation, then disappeared, allowing tra c to resume under a new crossing structure. With the same idea of optimization in mind, the de nition of the geometry of the overpass as a continuous arch, with no drops, and the design of its metal framework structure have been executed using sophisticated digital tools. The objective was to lighten its structure, optimize the budget, economize on raw materials and facilitate the lifting operation.

The scheduling of the night-time lifting operation, on 14th May 2015, was planned minute-by-minute by the prime contractor and the project contractors. The installation of the walkway involved the simultaneous closure of carriageways on the inner and outer Boulevard Périphérique for three hours – an operation which had never been undertaken since its opening. This precision-engineering project was conceived in partnership with the services of the City of Paris and the Prefecture. 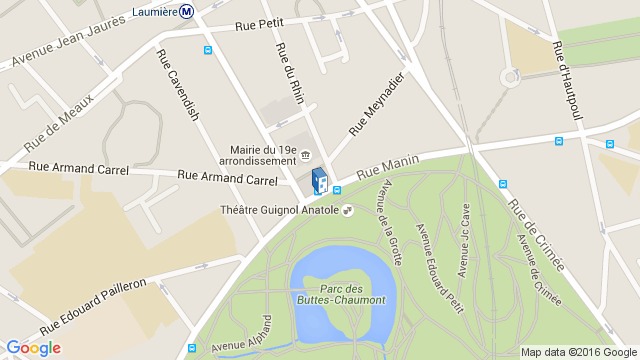 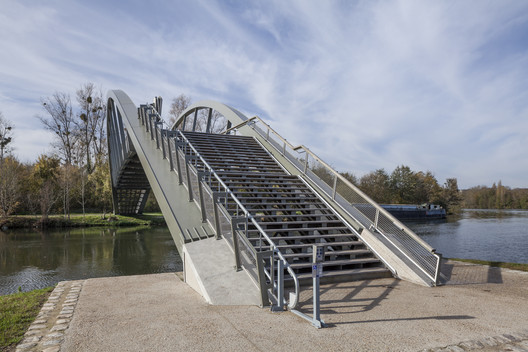 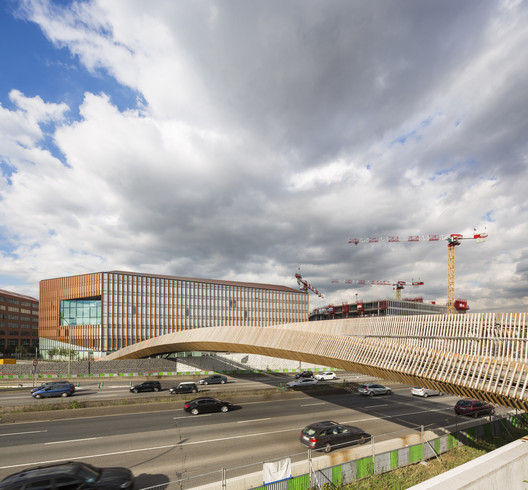