Save
ReframingBack/ImperativeConfrontations: Inside Egypt's Pavilion at the 2016 Venice Biennale
Presented by:

The Egyptian pavilion commissioned and curated by Architect Ahmad Hilal with a team composed of Eslam Salem, Gabriele Secchi, Luca Borlenghi and Mostafa Salem, seeks to reveal various successful stories of architecture narrating the difficulties and challenges inside the Egyptian built environment. The works inside the pavilion reveal how architecture is actively creating change in communities. Nowhere are these confrontations more evident than in the urban context, and nowhere more so than in Egyptian cities. 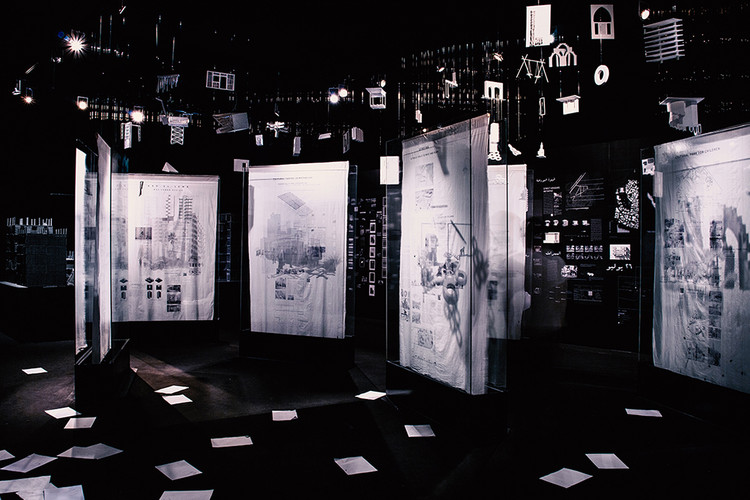 The exhibition’s goal is to re-frame and position in a global forum what we think are examples of a successful architectural and urban conflict resolution where architects, through their work, were the mediators of change, this mediation took the form of built projects, or even research proposals & mappings that attempted to highlight existing problems.

The exhibition titled Reframing Back//Imperative Confrontations, responds directly to this year’s biennale theme “Reporting from the Front” by displaying architectural projects largely by grassroots initiatives, students and young architects. The works presented can be broken down into two large categories – mapping investigations and (built-up projects and experimental proposals). The mapping projects attempt to survey existing conditions with applied analytical lenses, evident in their representational outputs. As with recent mapping efforts in other contexts, here, representation is viewed as a tool to think and present new information. It also entails the same potential shortcomings of mapping exercises when data is poorly researched and could advance a skewed perspective, or completely misinform. The exhibition contains a various investigation about the Egyptian urban condition including sprawl, informal urbanism, desert vernacular architecture, coastal cities, and 19th– and 20th-century heritage buildings which have been all part of the parallel dynamics of growth in Egyptian context for the past half a century.

This pavilion is in no way a comprehensive survey of all initiatives and works that have been produced during the last period in Egypt. it is, however, an attempt to introduce to a large audience the work of those individuals and collectives, students and professionals, who over the course of the past decade, have been searching for new operating models in Egypt and engaging in architecture as a field of critical intellectual inquiry. The works presented here demonstrates the interest of a wide range of actors - government, universities, research centers, independent practitioners - in the Egyptian urban condition marking the occasion to bring forth all these perspectives and approaches in one space and to reflect on the nature of the knowledge produced in the past decade. It is at the same time an opportunity to evaluate its potential for action and transformation.

Through an open call, many works have been selected to be exhibited from, among others, the MAS Urban Design of ETH Zürich, School of Design of University of Pennsylvania, Mittelmeerland of AA School of Architecture, Lund University, and MSA architecture department. In addition to Baladilab, Cairobserver, CLUSTER, Community Design Collaborative, GUC Architecture Department, (IN)formal Pattern Language, MADA Architecture Studio, Studio Meem, Takween, Traslochi Emotivi, and Œcumene Studio.