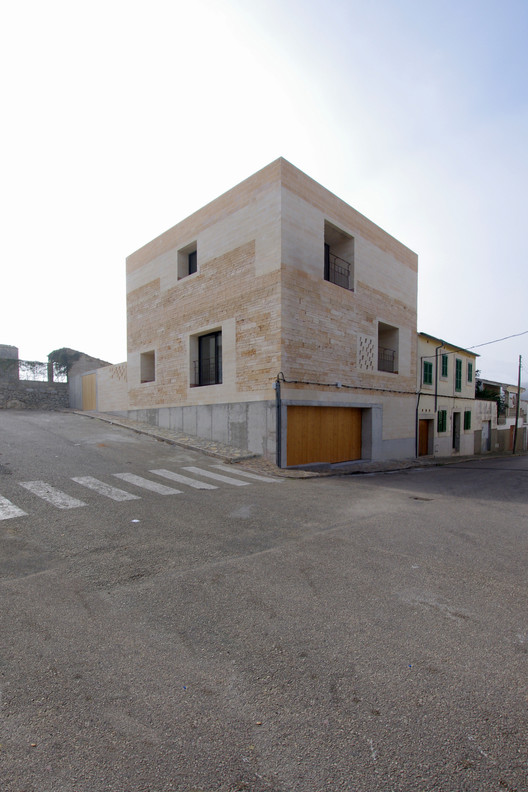 Text description provided by the architects. The house is located on a plot, not very large. This situation invites to compact the house on one side, continuing the alignment of the street façade while maximizing the patio with good solar exposure.

The house occupies a corner plot. For this reason, instead of adopting the usual uni-directional organization (street-patio), of houses between medians, the proposal is organized in two perpendicular directions. The house does not have a dominant direction. The house wants to look in all directions.

Aiming for the wall structure to be the protagonist of the space, services are placed in the perimeter, forming a thick façade, liberating the centre of the plan and allowing for visual and use relations between the rooms.

The habitable sctructure coincides with the bearing walls structure. In these walls exterior windows are opened facing the street as well as interior windows facing the other rooms. There is no difference between them.

The materialization of these walls will be fundamental in the construction process. A small building of bearing walls in marés, a local sandstone, already existed in the plot. Common sense leads us to reuse these pieces. The strategy is already served.

During the work process it is decided to reuse the marés. By handling and rearranging it, the work of the craftsman who years ago chiseled the grooves of the ancient abeuradors increases in value. These grooves were the space in which the mortar grout was poured to join the pieces together, nowadays the auberadors aren’t necessary anymore.

Now they will provide texture and character to Can Jordi i n’África’s façade, a texture which through the years will absorb the patina added by time. The old pieces of marés, because of their quantity, are combined with new pieces. The new pieces, brought from the same quarry as te old ones, are used in the points were we need to define the work with higher detail: window frames, roof finishings, etc.

Thus the building is implanted in the site through reading the environment and understanding the material and its construction. 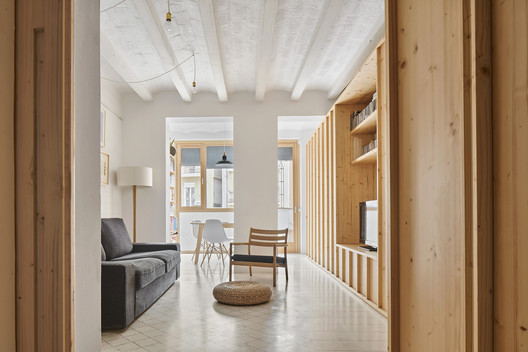