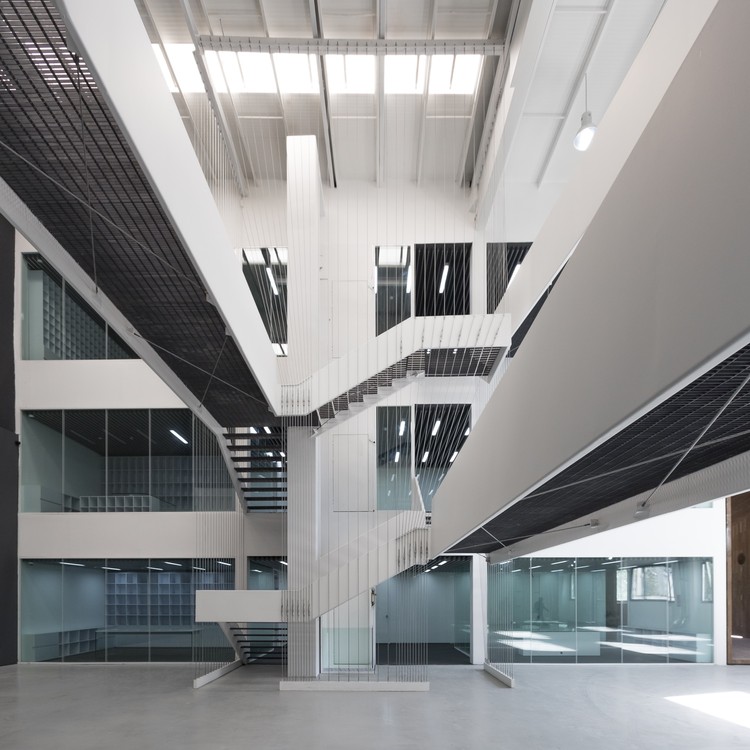 "Ario Choob" project, which is an office & show-room for presenting imported lumbering machines, is located in the industrial town of "Behsazi Sanaye Choob". Constructions in this industrial town are usually built from prefabricated concrete panels and each block is divided into four parts, with the height of 12 meters. Unlike the common appearance of these industrial towns, this town looks like a garden and the street network is constructed carefully in order to save the trees from any damage.

The project was referred to us when it was under construction. The whole project had the same two-level type. As we discussed with the client, we detected requirements and priorities of the project and we decided to change the routine typology, which consequently changed the number of levels and the location of the administrational part.

The lumbering machines should be presented and observed from above height by costumers. Instead of defining extra mobile stairs as a typical method and solution in such showrooms, we transferred the whole project to a multi-story observation deck. Adding different bridges and stairs among defined floors and mezzanines of the project was mainly supported this idea. The negative spaces and voids enriches our concept more. Therefore we could present a constant tour for costumers among project levels.

The main circulation scenario starts from manager's office on the administration's 3rd floor to different parts of the project, takes place through bridges which make a three- dimensional full flow to different floors, and finally accesses the sales rooms on the ground floor.

One the other hand, we had a simple cube that we could experience the space in an unlike ordinary way by defining a circulation loop that emanates from the functional scenario which provides different eye-levels and presents various visual perspectives of the space for users. It will simultaneously fulfill the functional purpose of the exhibition and make the space active and memorable. 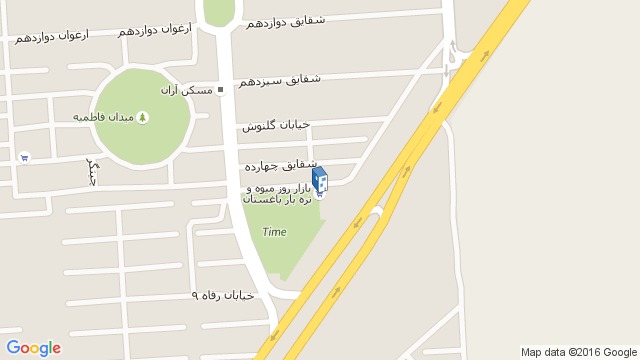 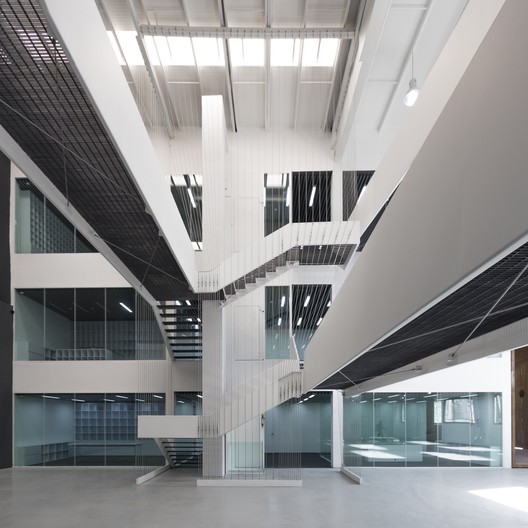