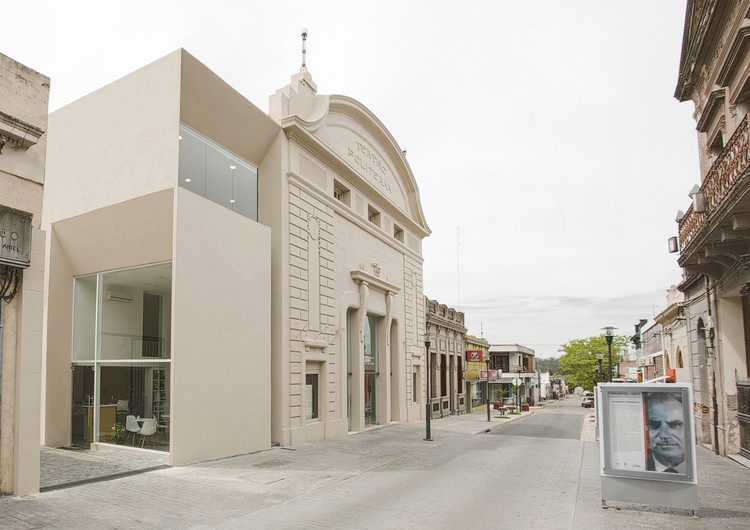 As a result of the need to build a new front of house (cafeteria, administration, restrooms, staff areas, etc.) and to change the circulation layout to provide for universal accessibility, the spatial perception of constricted public areas was doubled. The new building associates with the existing one in a complex manner. First, it acknowledges the primary role of the theater building, and takes from it its design guidelines: material and color, its own height and the height of its formal components, how its façade aligns, and the leading role of solid over hollow. However, this relationship is strained by opposites: the weight of the older building contrasts with a light construction that disregards massiveness while choosing planes that join together following the logic of an origami. While the former’s genetic memory features stone, the latter’s one features paper. The plot of land for the new building had been surrounded by a wall that replicated the material and the esthetics of the theater. What ensued shows a contemporary sensitivity that – as expressed by Solá-Morales - waves from resemblance to analogy.

Teatro Politeama is the main cultural center in the City of Canelones (Capital City of the homonymous Department, pop. 100 000). It was built in 1921 to become, for 60 years, the venue not only of arts and sports events, but also of circus performances. Teatro Politeama was closed in 2012, after years of progressive deterioration caused by normal wear-and-tear added to some ill-advised architectural interventions. The local government, owner of the building, then decided to call for tenders in order to recuperate and complement the theater for it to turn into a cultural complex. Therefore, not only was the building envelope restored, but several requalification operations were performed concerning stage, audience and services. The original project was supplemented with a multi-purpose area (for rehearsals and smaller-scale drama or musical performances), classrooms, administrative, direction and staff support offices, as well as a cafeteria. Furthermore, these actions included redesigning the circulation layout and the services location, in order to provide for universal accessibility in the whole complex. The Politeama Cultural Complex reopened on September 19, 2014. Construction took eight months.

Since it was reopened, the Politeama Cultural Complex has shown great vitality. Programming has been very busy in all its different areas: music, dance, theater, academic and social activities, etc., most often filled to capacity. As to education, it hosts a branch of the National Dance School, a permanent theater troupe, and a music school. Along with reclaiming the theater building came the improvement of some public areas, e.g. the street became semi-pedestrian, as an extension of the neighboring square. Opposite the Complex stands another historical building in precarious conditions, which nonetheless hosts music classes, both instrumental and lyrical. Based on the success of Teatro Politeama, it has been announced that this building will be refurbished. Once this becomes a reality, Canelones will have a Cultural Center of a dimension consistent with regional scale. 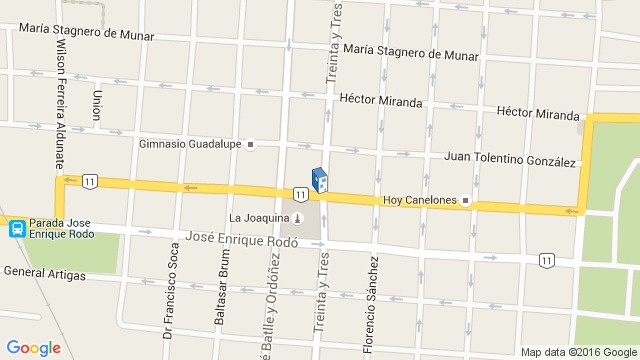 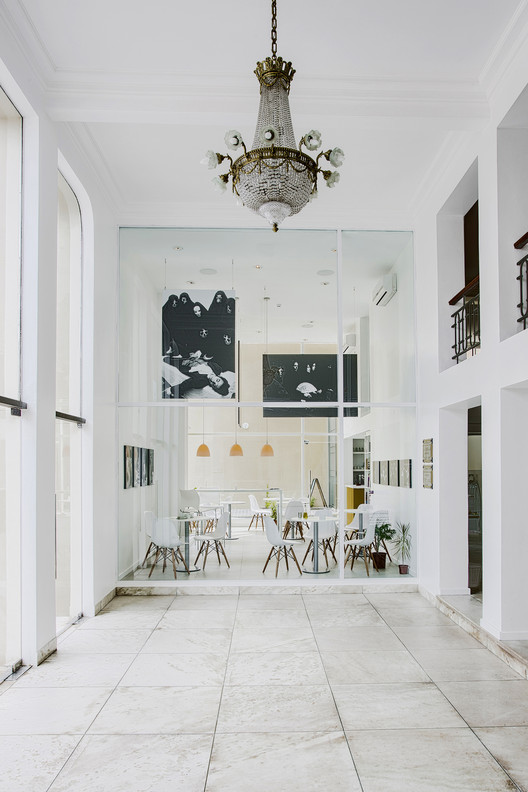 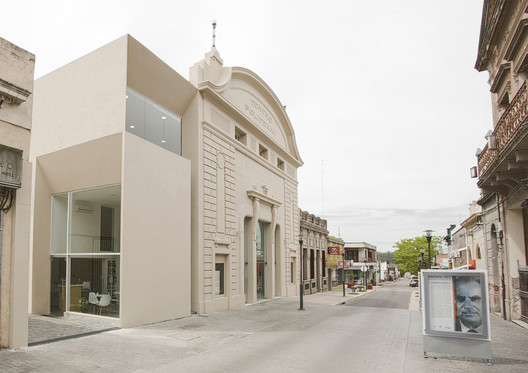