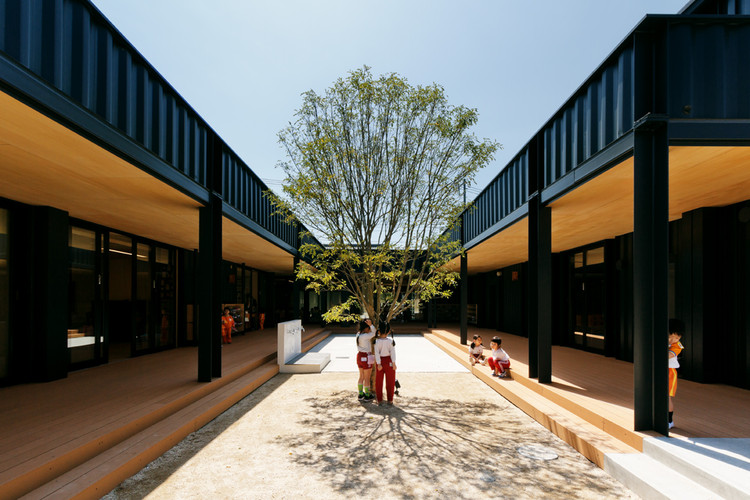 Text description provided by the architects. As building of kindergarten that welcomes 50th anniversary has not been earthquake resistant sufficiently, an urgent measure was required.

what they can use carefully” from two viewpoints of urgency caused as a result of lack of the earthquake resistance and educational element of the kindergarten,

and not by using an approach where a new building is constructed usually but by constructing using a marine container, reinforcing the earthquake resistance by using the existing structure and renovating,

we realized a construction in short period, suggested to a sustainable society, reduced large volume of carbon dioxide as well as created an ecological and educational environment for the children.

By connecting to energy saving and reduction of carbon dioxide as well as  using the container that is movable without changing form and can be reused after it is not used any more, we tell the children to use the limited resources carefully.

As for gymnasium, the earthquake resistance is reinforced and renovation is made by using the existing structure. By this, we tell the children to use what they can use carefully.

We intended to make the children find that the gymnasium was reconstructed by leaving the existing form of roof.

When we worked on the measure of earthquake resistance, we designed that the kindergarten, which has been existing with the area for 50 years since its foundation, is an important part of the area where it is open to the area and people can come easily.

Signs of kindergarten name and class were made by using Japanese zelkova in the garden.

By designing the trees, which were not removed in the construction, in the place where the children can see and reusing them, we tell the children as a consideration to global environment and ecological education with continuation of memory. 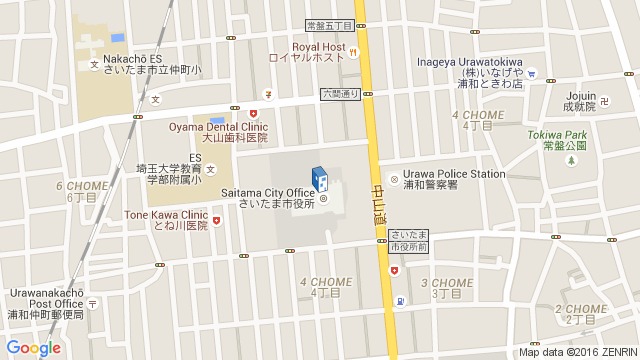 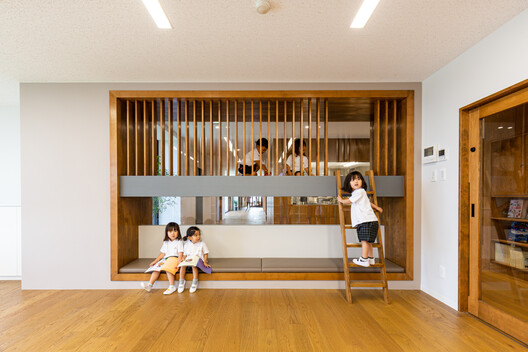 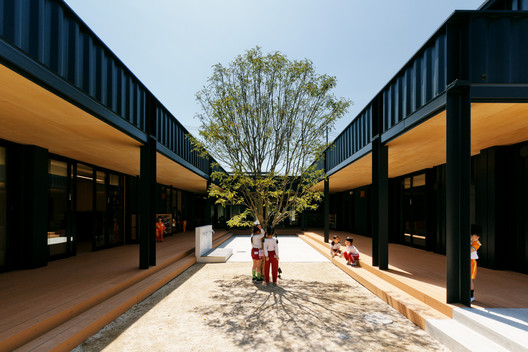